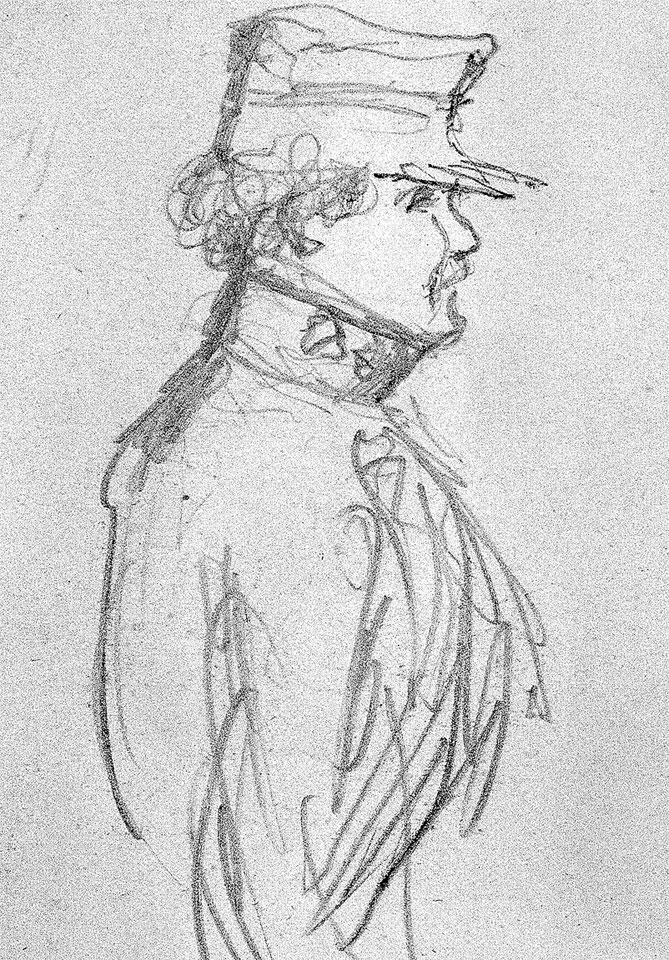 Having been promoted major-general in June 1854, it was his service in the Crimea (1854-1856) that brought him to public attention and finally made his reputation. Campbell commanded the Highland Brigade with notable success at the battles of the Alma (1854) and Balaklava (1854) where his 'thin red line' of Highlanders repulsed the Russian cavalry assault. Sir Colin later commanded the 1st Division when the Duke of Cambridge returned to England. Campbell tried to do all he could to improve the comfort of his men during the bitter Crimean winter. He was promoted to Knight Grand Cross of the Bath in July 1855.

From an album of paintings and sketches (with some paper ephemera) of Colonel (later General Sir) The Hon George Cadogan, 1st (or Grenadier) Regiment of Foot Guards; also known as 'Cadogan's Crimea', 1854-1856.