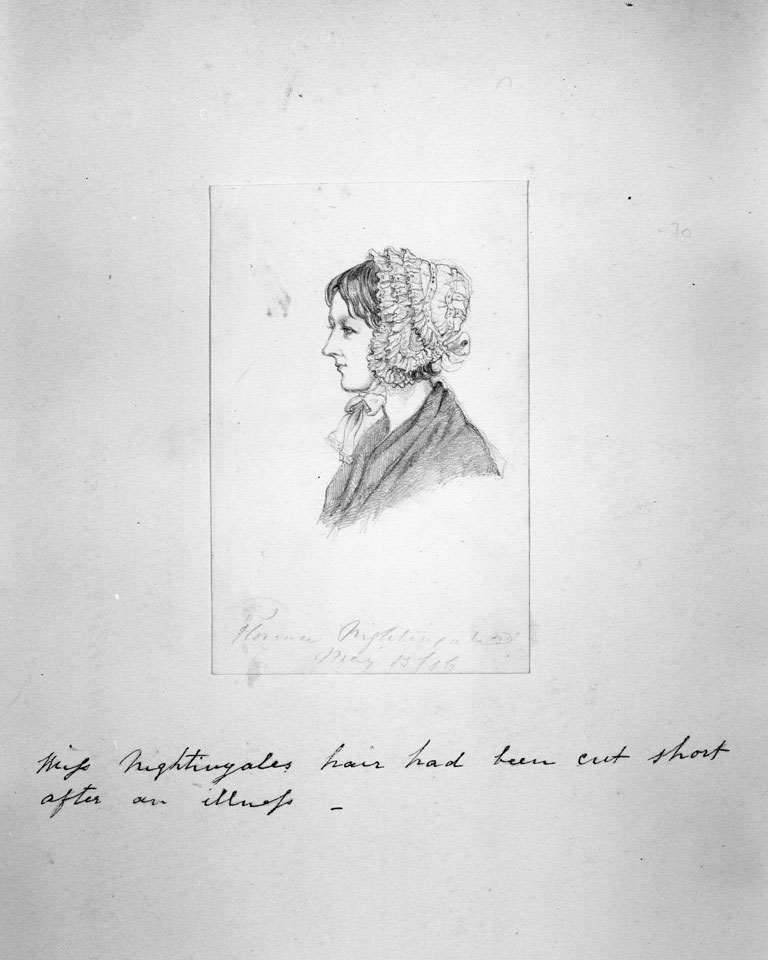 Inscribed 'Miss Nightingale's hair had been cut short after an illness', this pencil sketch of Florence Nightingale is the one referred to in an inscription on the next drawing in the album as the more faithful of the artist's portraits of the sitter.

On 2 May 1855, Miss Nightingale left the barrack hospital in Scutari in order to witness for herself the conditions of the Army at Balaklava. Within a few days of her arrival in the harbour, she was struck down with 'Crimean Fever'. Although it was feared that she was near to death, by 24 May Lord Raglan was able to telegraph London that Miss Nightingale was out of danger. However, her recovery was slow, hampered in part by her demanding schedule. In a letter to Sidney Herbert, Secretary at War, dated just over a month before this drawing, Miss Nightingale recalled that, 'During the greater part of the day I have been without food necessarily, except a little brandy and water (you see I am taking to drinking like my comrades in the Army)'.