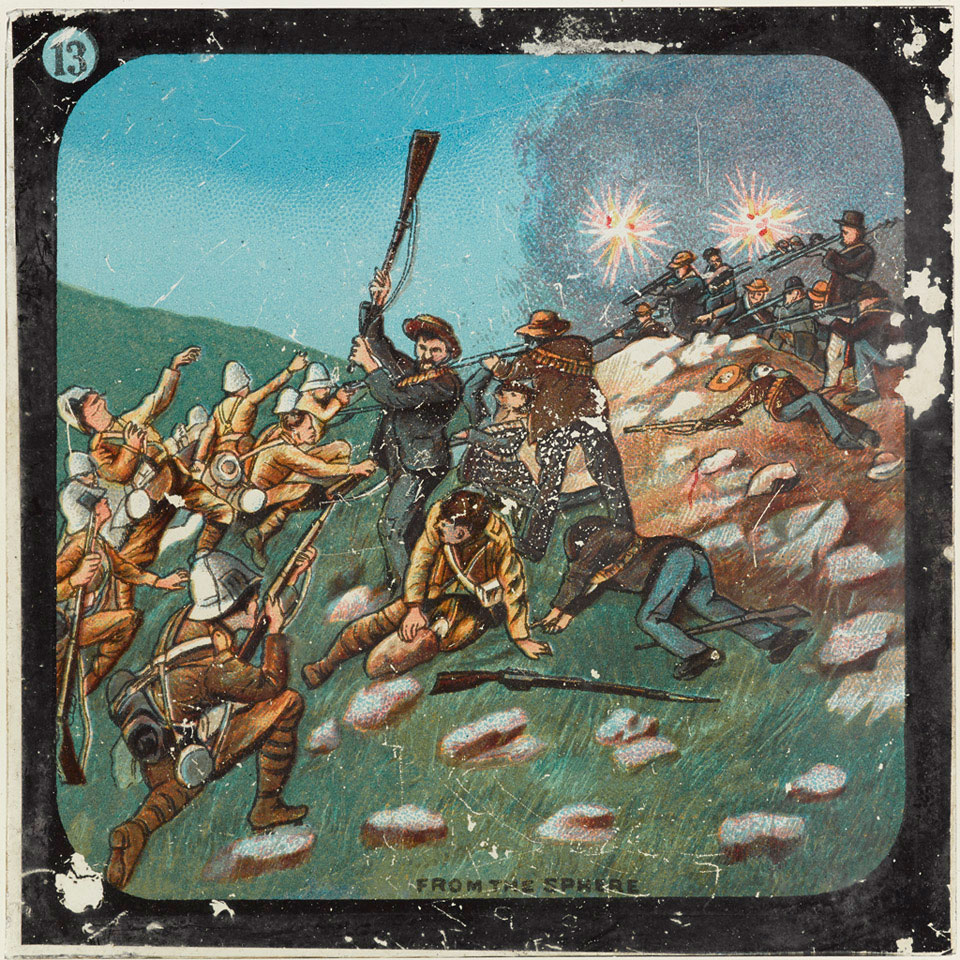 This shows members of the Royal Inniskilling Fusiliers engaging the Boers at Pieter's Hill, a battle fought during the final British attempt to relieve besieged Ladysmith. It was one of three Boer-occupied hills taken by the British, opening up the way to the town which was reached the following day. Lantern slide No. 13, from, 'Siege of Ladysmith', the second chapter of the set 'The Boer War of 1900'.