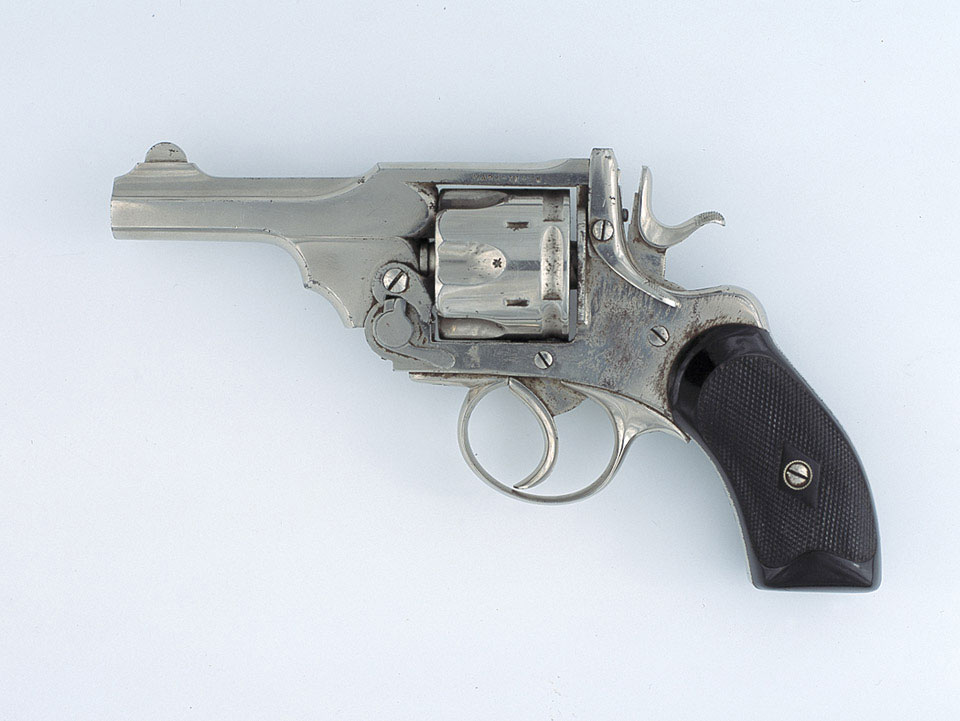 This revolver belonged to Lieutenant-Colonel Murray who commanded 1st Battalion, The King's Own Scottish Borderers at Cambrai in 1917. The weapon is unusual as it was intended for the police and civilian markets, rather than the military. During World War One (1914-1918) most British officers carried the standard-issue .455 inch Webley Mk IV, V or VI revolvers.