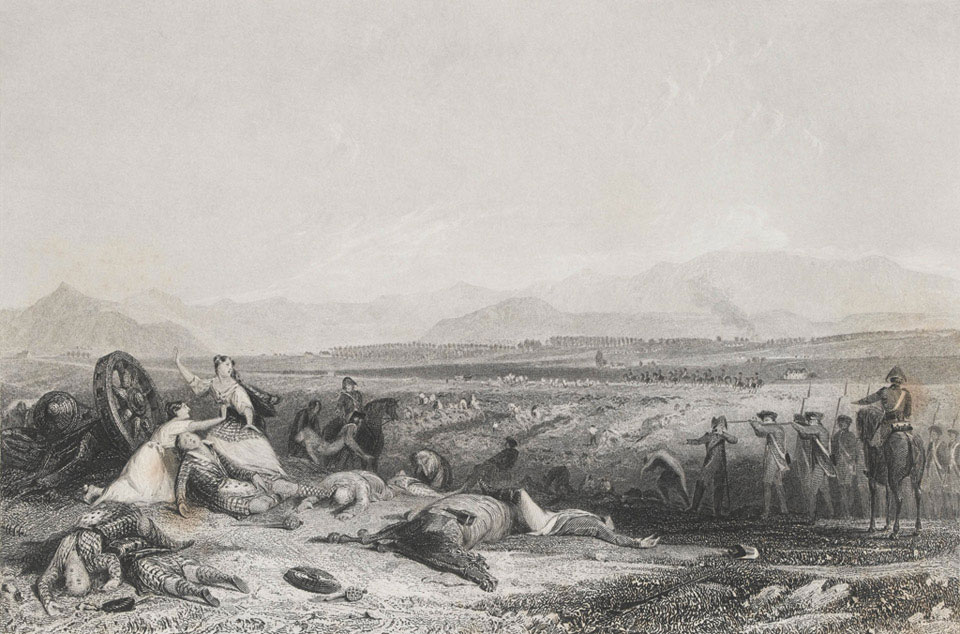 Two women implore Royalist soldiers to cease firing on a wounded rebel. The Duke of Cumberland's victory over Charles Edward Stuart, 'Bonnie Prince Charlie', grandson of the exiled King James II, and his army at Culloden in Scotland on 16 April 1746, ended the Jacobite Rebellion of 1745-1746. Convinced that harsh measures were required to suppress the rising, Cumberland's treatment of his beaten enemy was ruthless. His men bayonetted wounded highlanders, searched cottages for rebels, seized livestock and burned homesteads, earning their commander the nickname 'Butcher'.