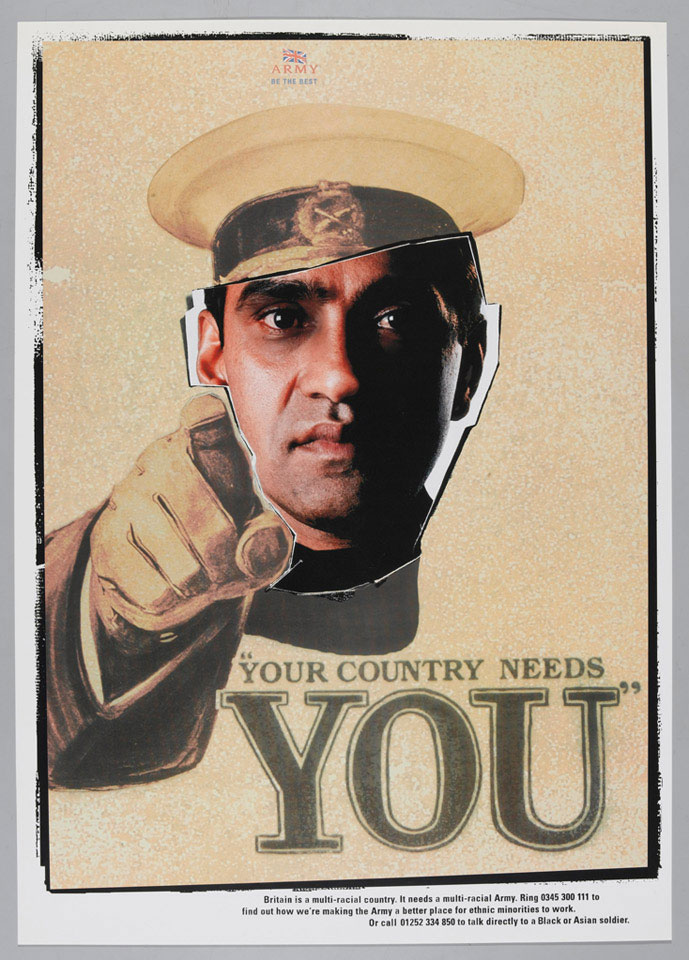 Recruiting poster, colour photolithograph, to encourage ethnic minorities to join the Army, published by the Ministry of Defence, 1998 (c).

During the early 1990s, the Army's public image was tarnished by reports of bullying and abuse of black soldiers. In 1997, the Office of Public Management released a damning report that found evidence of widespread racism in the armed forces. In response, the Ministry of Defence launched its first-ever campaign aimed specifically at recruiting ethnic minority officers. This included the issuing of a new set of recruitment posters based on Alfred Leete's well known 'Your Country Needs You' poster of Lord Kitchener from World War One. In this example, Kitchener's face has been replaced by that of Asian Warrant Officer Class Two Ashok Kumar Chauhan of the Royal Artillery.