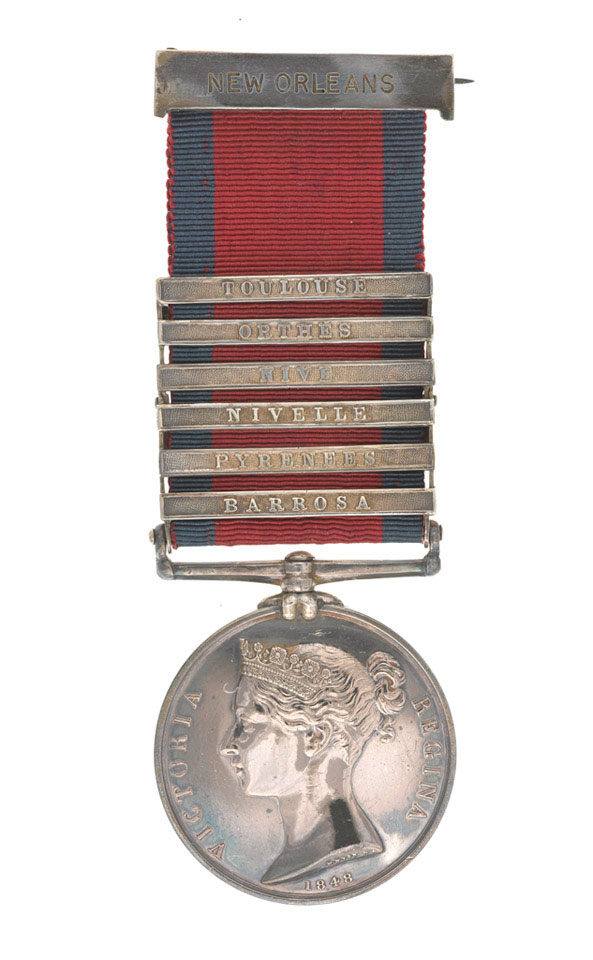 Silver campaign medal with, on the obverse, a bust of Queen Victoria, and on the reverse, the Duke of Wellington receiving a laurel wreath from the Queen. The medal is suspended from a crimson ribbon, edged in blue. Six clasps record the battle honours, 'Toulouse', 'Orthes', 'Pyrenees', 'Barossa', 'Nivelle' and 'Nive'.

The Military General Service Medal commemorates the battles of the French Revolutionary and Napoleonic Wars (1793-1815). It was not issued until 1847 when many of those that would have been entitled to it were dead. Lieutenant Daniel Forbes' service in the American War of 1812 is recognised by the unofficial suspension bar which commemorates the Battle of New Orleans.