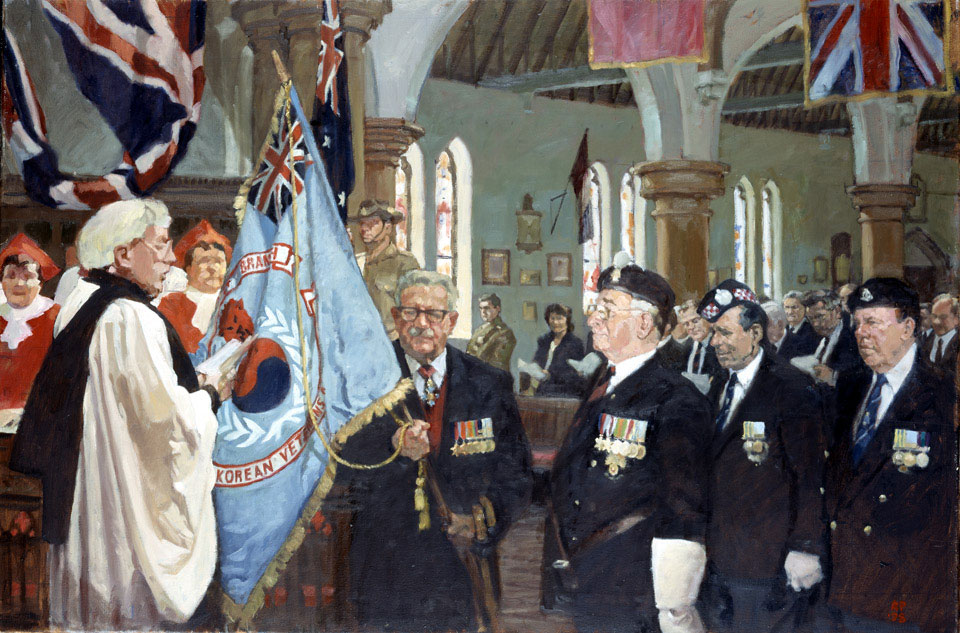 During the service of dedication of the standard, the Chaplain asked the congregation to remember ' those who gave their lives in Korea in the cause of freedom. We also remember those who still suffer as a result of their service in Korea, and those who are bereaved. At the same time we recollect all those of the Korean nation who were afflicted by the ravages of war in their country, praying that, in peace, unity can be achieved.'

The Surrey Branch of the British Korean Veterans Association was formed in April 1995 and is one of the largest branches in the country.