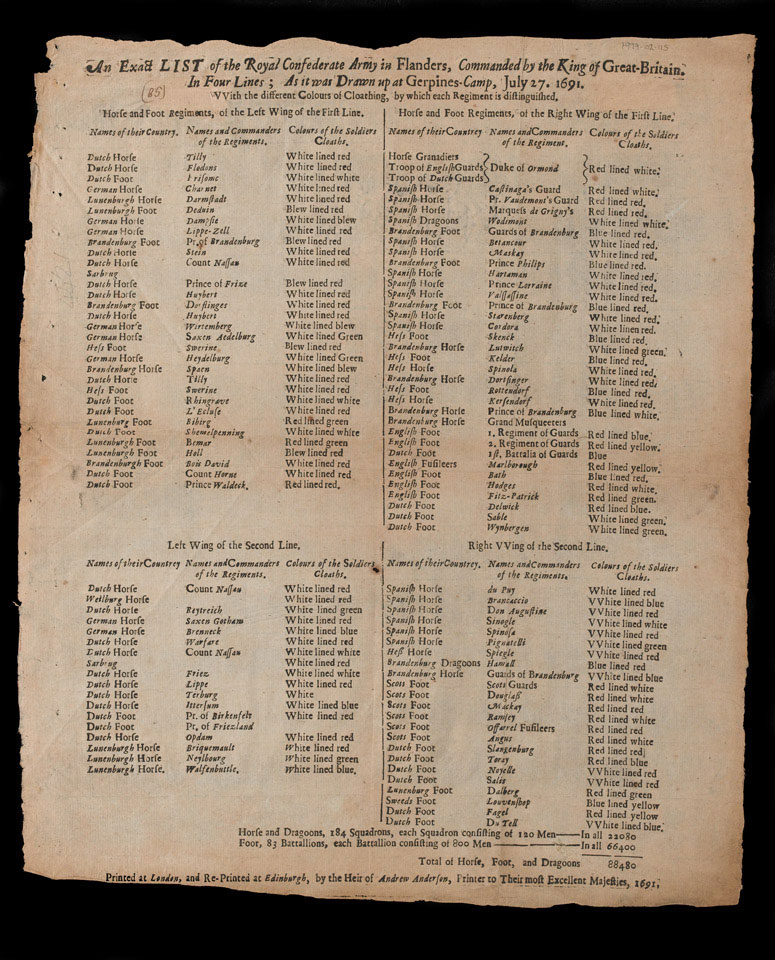 'Exact List of the Royal Confederate Army in Flanders, Commanded by the King of Great-Britain. In Four Lines; As it was Drawn up at Gerpines Camp, July 27 1691'

This paper lists the English, Dutch, German and Spanish regiments that paraded at Gerpinnes (in modern day Belgium) in 1691 during the Nine Years War (1689-1697) under the command of King William III. The different nationalities were all members of the Grand Alliance, a Europe-wide coalition determined to resist the expansionist aims of the French King Louis XIV. The list also notes the different colours of uniform by which each regiment was distinguished.