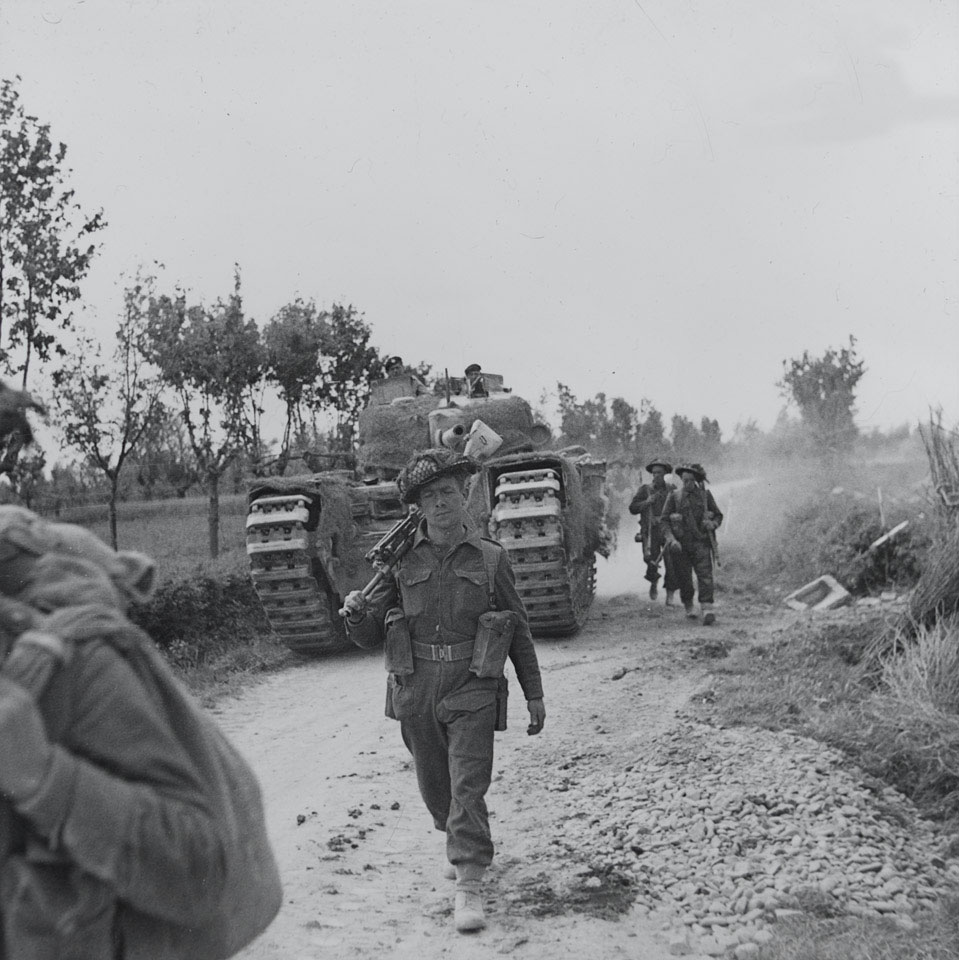 Infantry and a supporting Churchill tank advancing along the Argenta road in Italy, April 1945

The Argenta Gap was a heavily defended strip of dry land between Lake Comacchio and the Lombardy marshes blocking the Allies' route to the Lombardy plain and north-east Italy. On 17 April elements of 5th Corps used amphibious armoured vehicles to outflank the German positions and breach their lines. They established a bridgehead that was reinforced by the 78th and 56th Infantry Divisions. This allowed the 6th Armoured Division to pass through the gap.