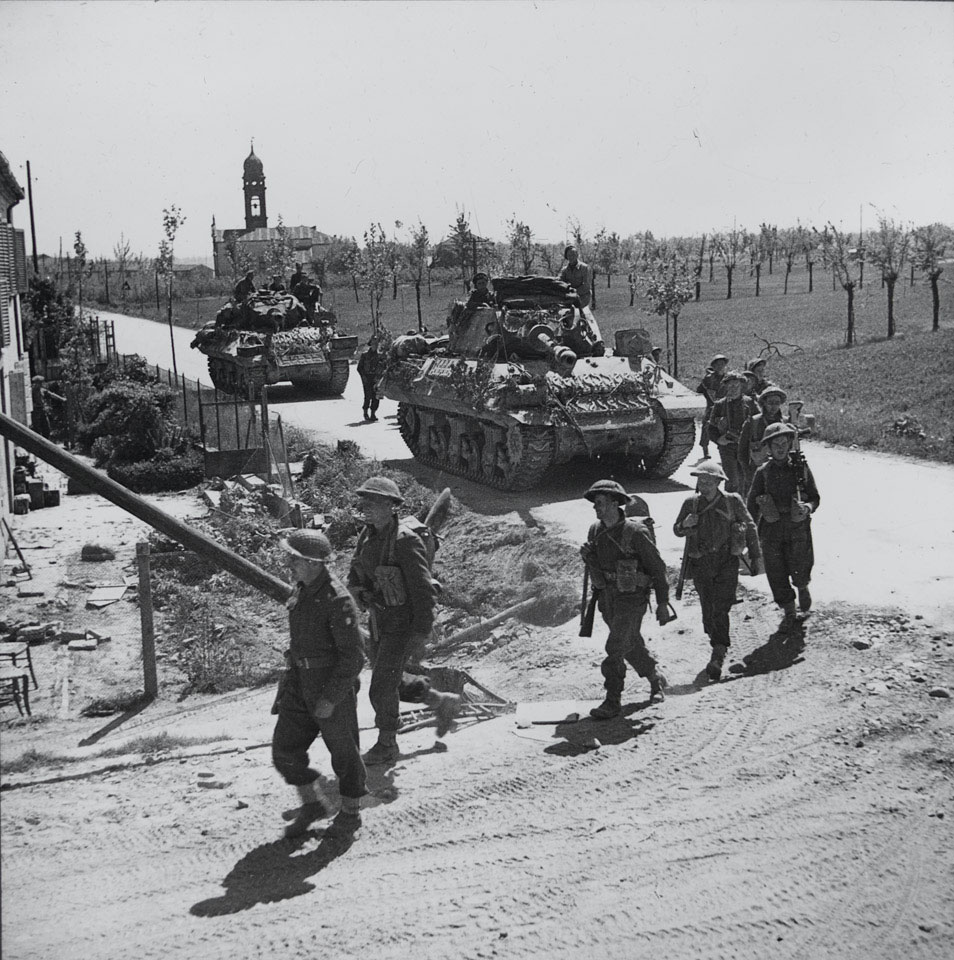 Men of the 2nd Battalion, The Lancashire Fusiliers, with Achilles tank destroyers in support, advancing along the road to Ferrara, Italy, April 1945

The Achilles dank destroyer was a converted American M10 Wolverine fitted with a powerful 17-pounder anti-tank gun that was capable of defeating any Axis tank.