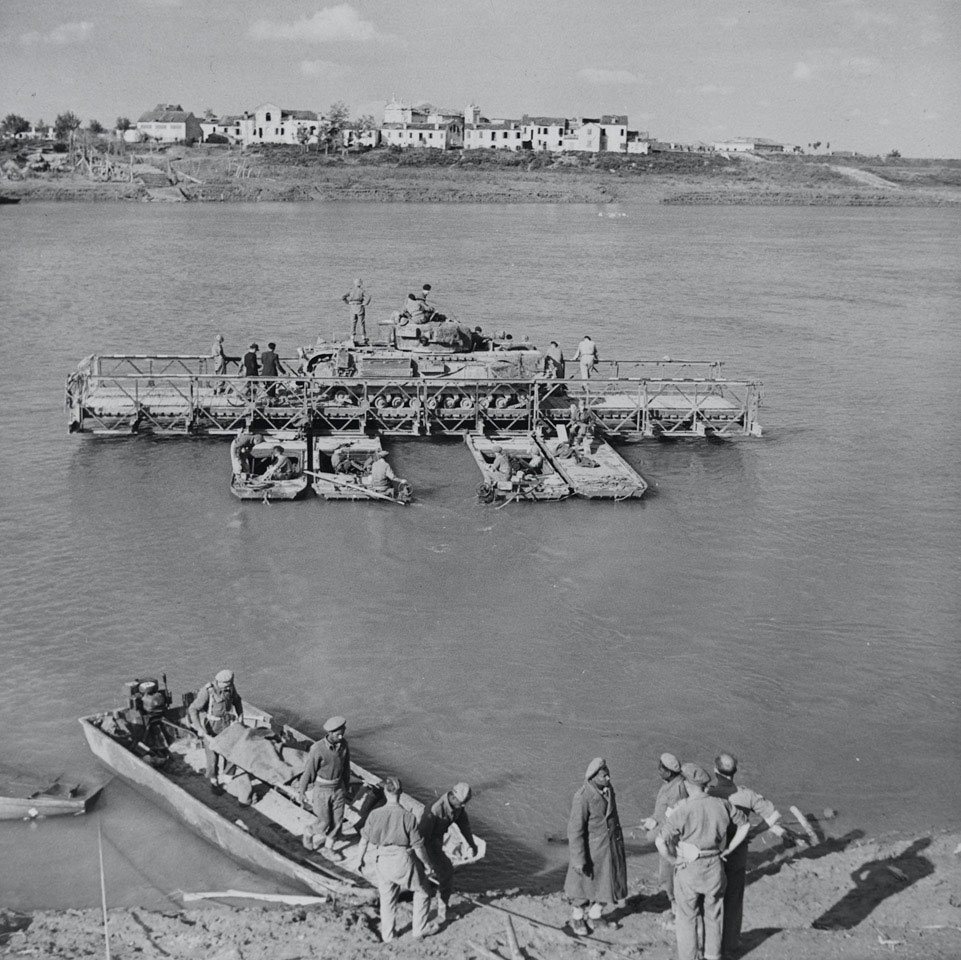 A Churchill tank crossing the River Po on a pontoon ferry, Italy, April 1945

In the foreground a wounded German soldier is lifted from an assault craft. Elements of 8th Army, including the 78th Division, crossed the River Po on 24 April 1945. Prior to the engineers bridging the river a variety of craft such as pontoon ferries, amphibious lorries and DUKWs were used to transport men and material across.