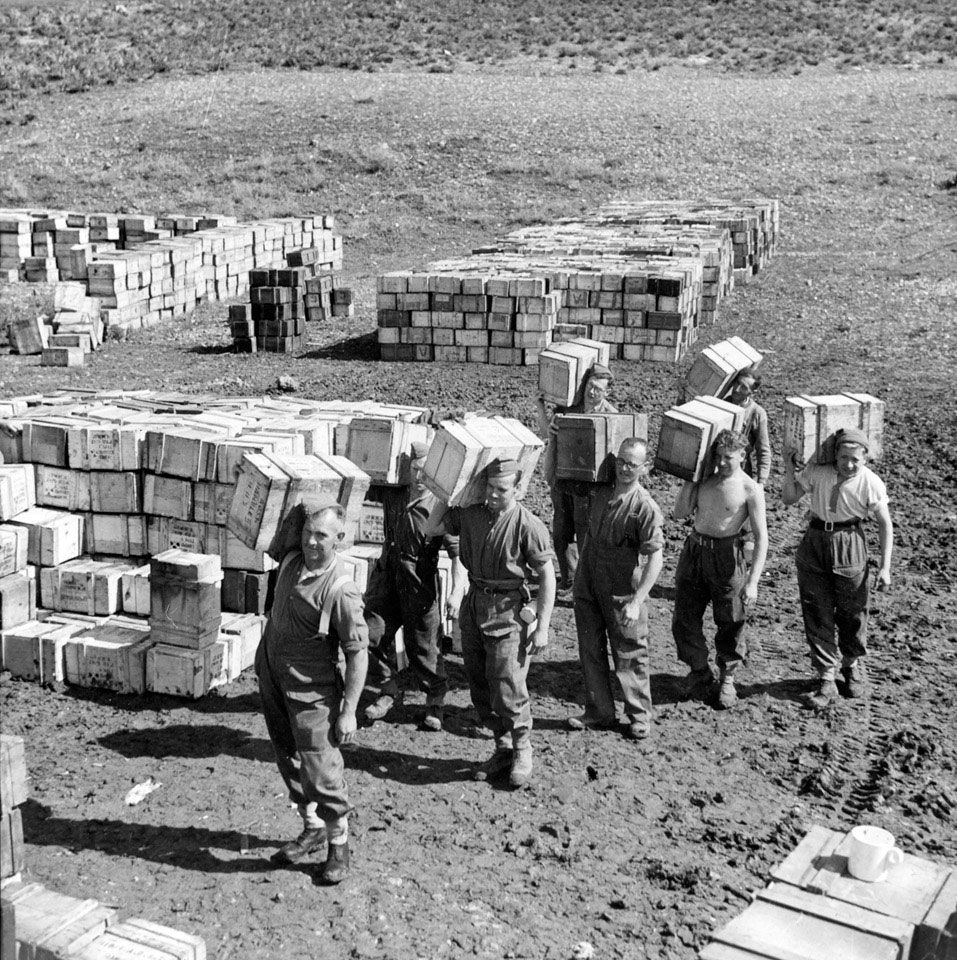 A 'compo ration' dump and men carrying supplies to it, March 1943

Composite Rations, also known as the 14-Man Ration, were used to feed troops in the period between the issue of the individual 24 hour ration and the establishment of field kitchens for various units. The 'compo' ration came in a wooden crate and contained tinned and packaged food.

From a collection of official war photographs relating to the 78th Division.