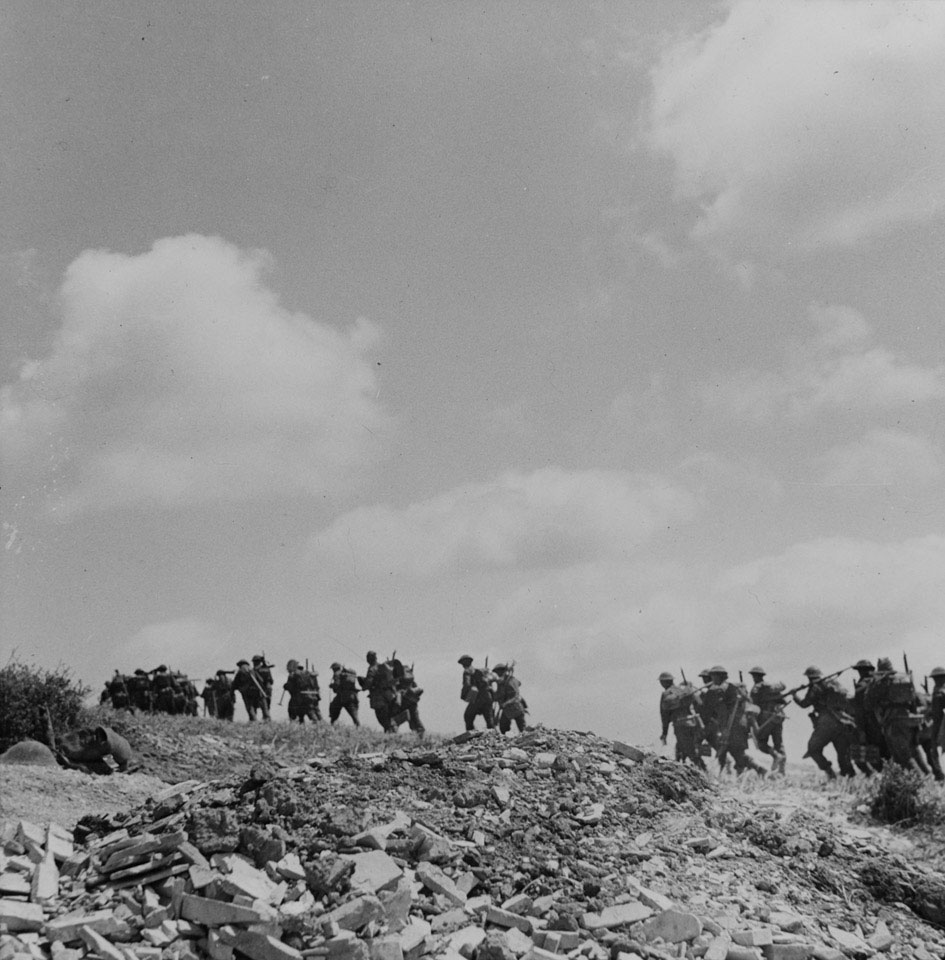 Soldiers from 1st Battalion, The East Surrey Regiment, moving up to the front line during the First Army's attack on Recce Ridge, April 1943

The 1st Battalion was part of 11th Infantry Brigade, 78th Division, and took part in Operation Torch in November 1942, landing in North Africa at Algiers. Following this the battalion fought with the division in Tunisia until the end of the Tunisia Campaign in May 1943 during which time it took part in the actions at Longstop Hill and Tebourba.

From a collection of British official photographs relating to the 78th Division.