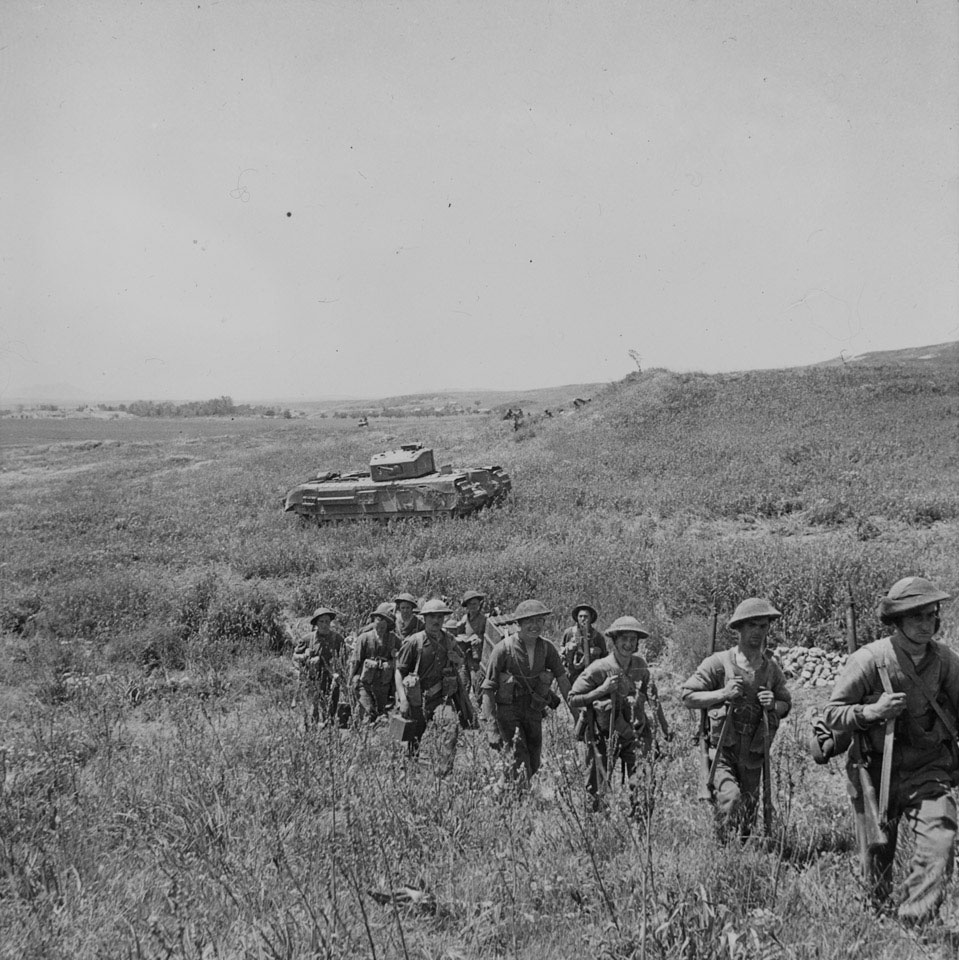 Infantry moving up for the First Army attack on Longstop Hill, Tunisia, April 1943

Churchill tanks can be seen in the background as the infantry advance. Longstop Hill, located a few miles northeast of Medjez el Bab, was one of the last major obstacles blocking the Allied advance on Tunis. It had been the scene of fierce fighting the previous December and was finally captured in April 1943.