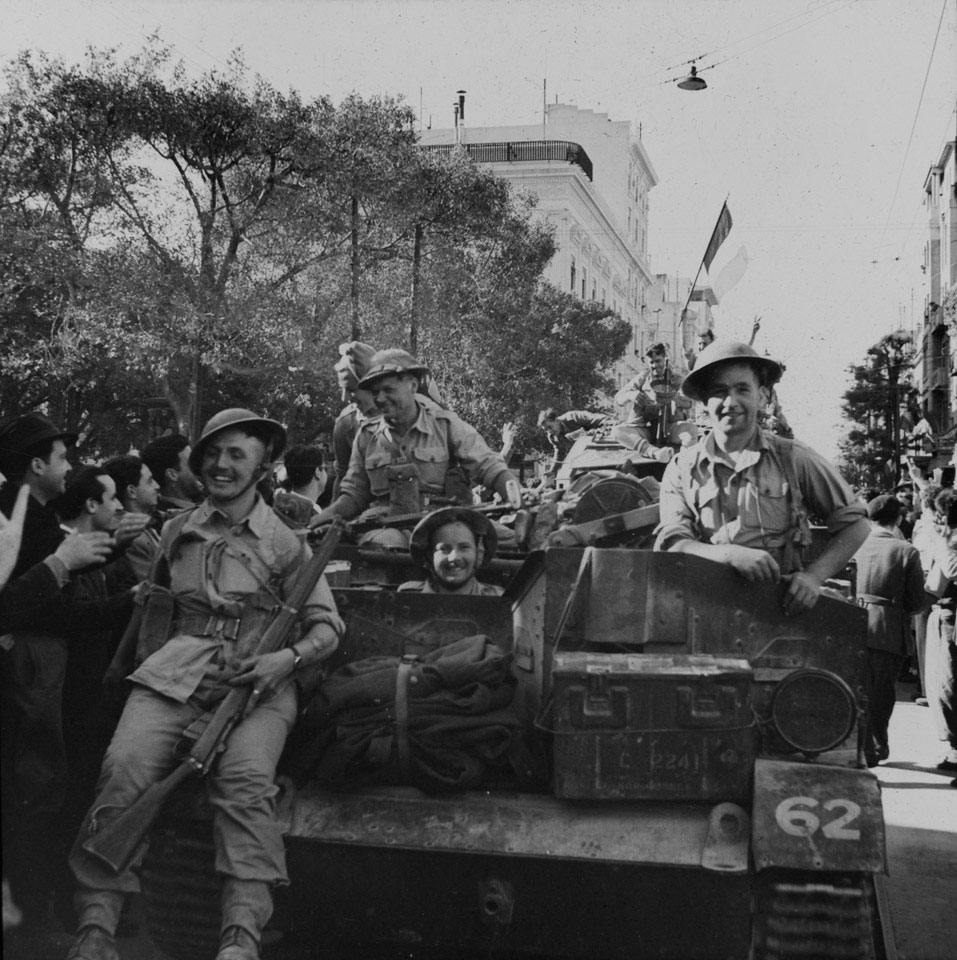 Allied troops being welcomed as they pass through the town of Tunis, May 1943

British troops being welcomed by civilians as they pass through the town of Tunis. The Allies entered the city on 7 May 1943 after surrounding thousands of retreating German and Italian troops. Soldiers from Lieutenant-General Bernard Montgomery's Eighth Army had pushed westward and linked up with the Allied force commanded by General Dwight Eisenhower.