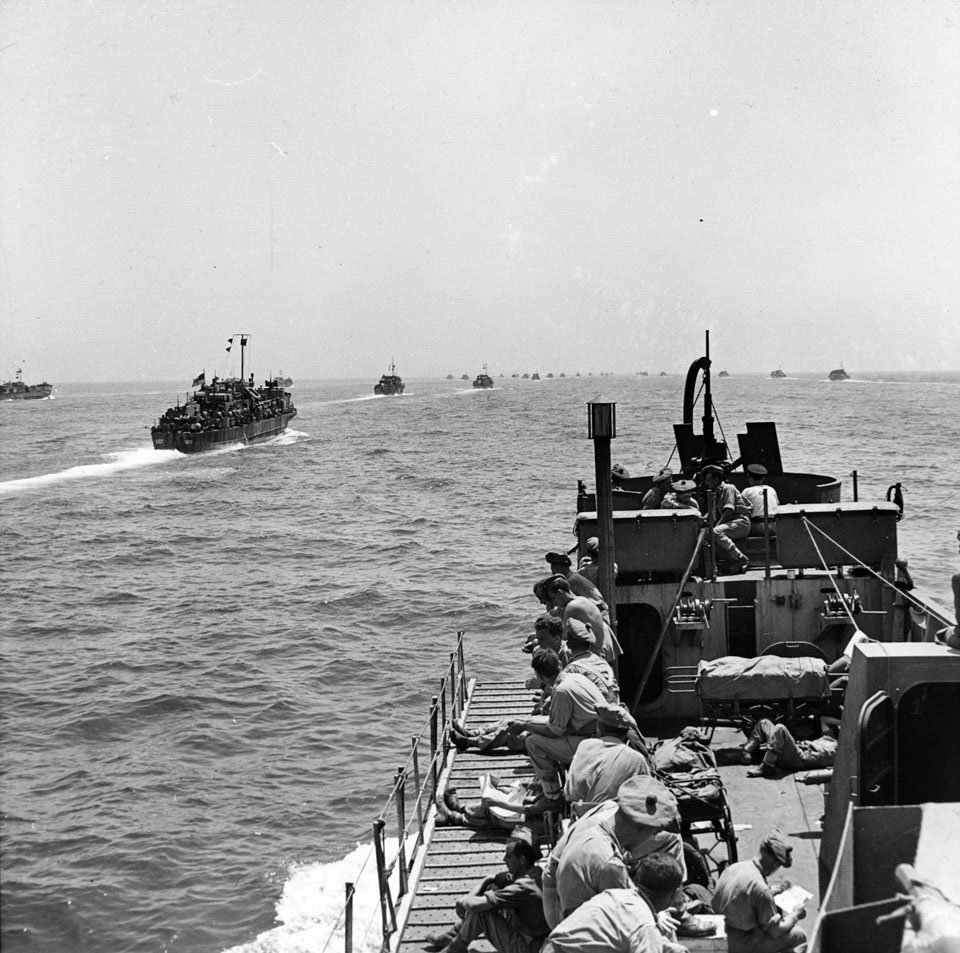 The Allied invasion of Sicily, codenamed Operation Husky, began on 9 July 1943, and ended on 17 August. At the time it was the largest amphibious operation of the war.