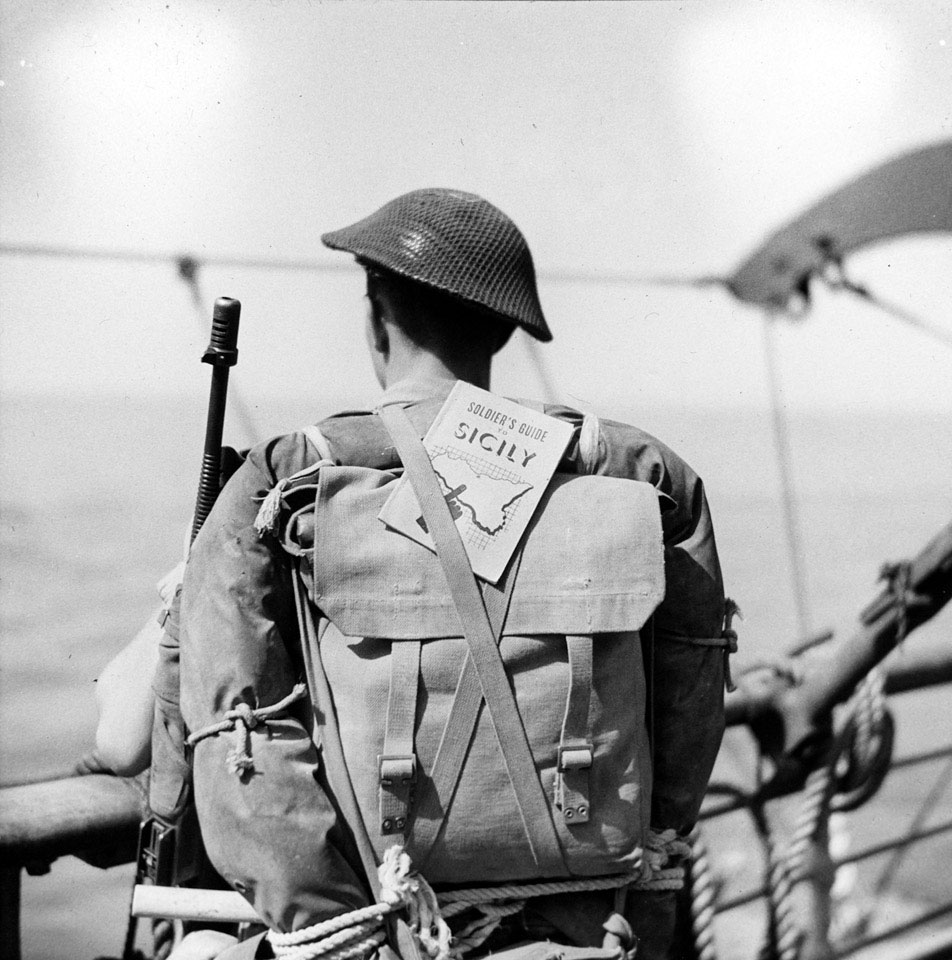 A soldier about to go ashore during the invasion of Sicily, July 1943

The soldier, who is armed with a Thompson submachine gun, carries a pamphlet, the 'Soldiers' Guide to Sicily' in his pack. The invasion, codenamed Operation Husky, began on the night of 9 July 1943 with a large scale amphibious and airborne assault. Hostilities ended after six weeks of land combat on 17 August.