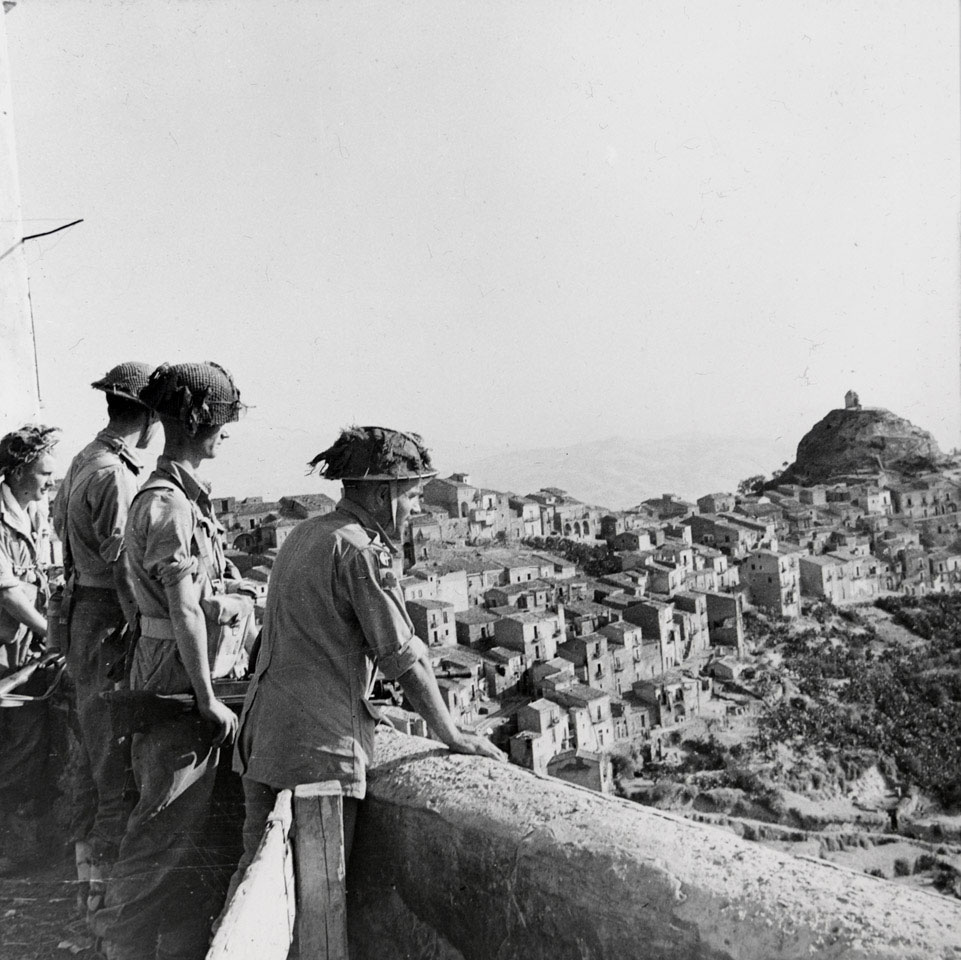 The 6th Inniskillings were among the first troops to enter the town and are seen looking over the rough country from which the Germans had retreated. Both the 2nd and 6th Battalions of the Inniskillings took part in the invasion of Italy and the subsequent hard fighting as the Allied armies advanced slowly up the peninsula in the face of stiff German resistance.