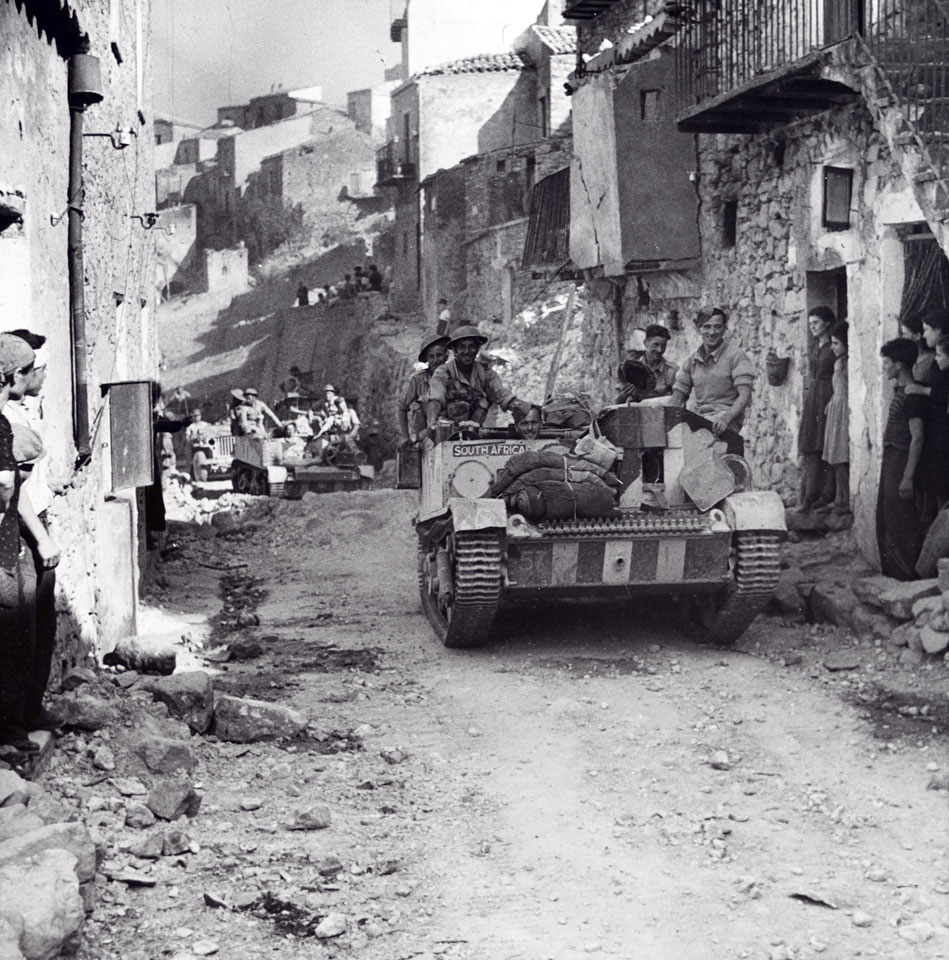 Bren carriers in the town of Centuripe, Sicily, August 1943

The Bren Carrier, also known as the Universal Carrier, was the name given to a series of light armoured tracked vehicles built by Vickers-Armstrong for British and Commonwealth forces. They were usually used for transporting personnel and equipment, mostly support weapons, or as machine gun platforms. By 1945 production amounted to approximately 57,000 of all variants.