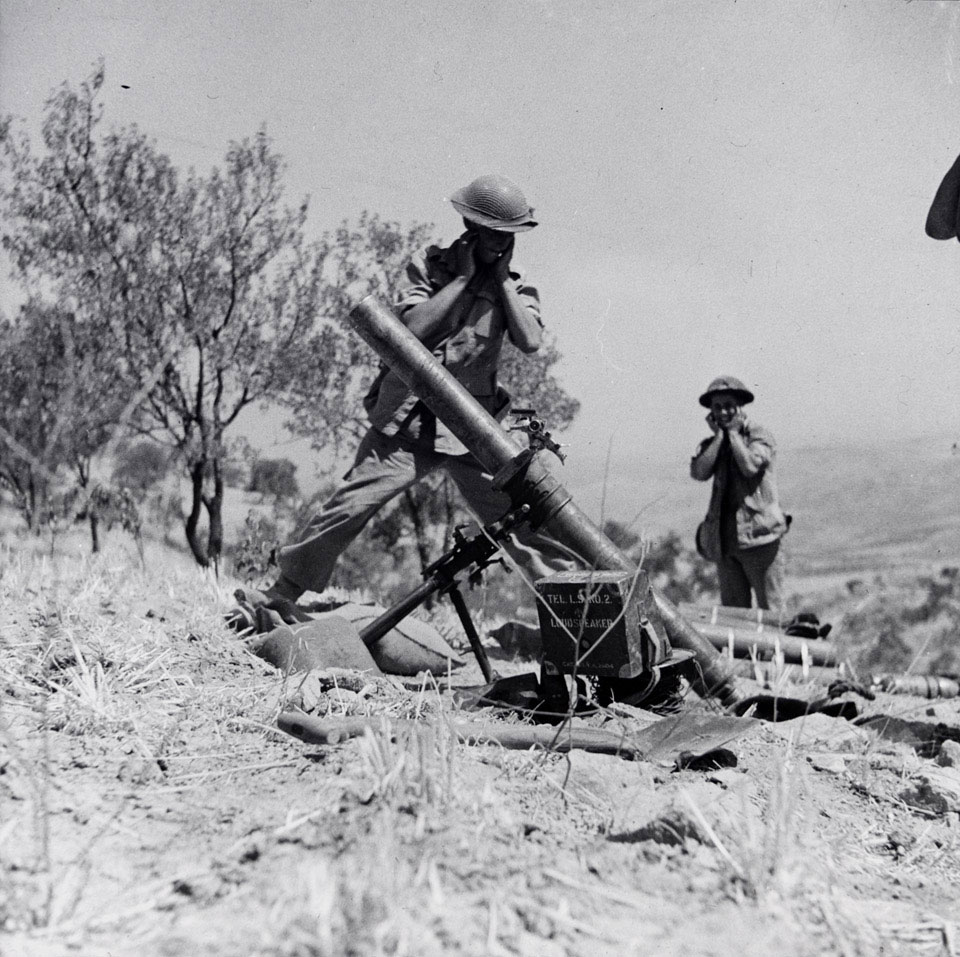 The infantrymen are using the 4.2 inch mortar, a new weapon at the time. The 1st Battalion was a Territorial unit that had previously seen action in France and North Africa before landing in Sicily.