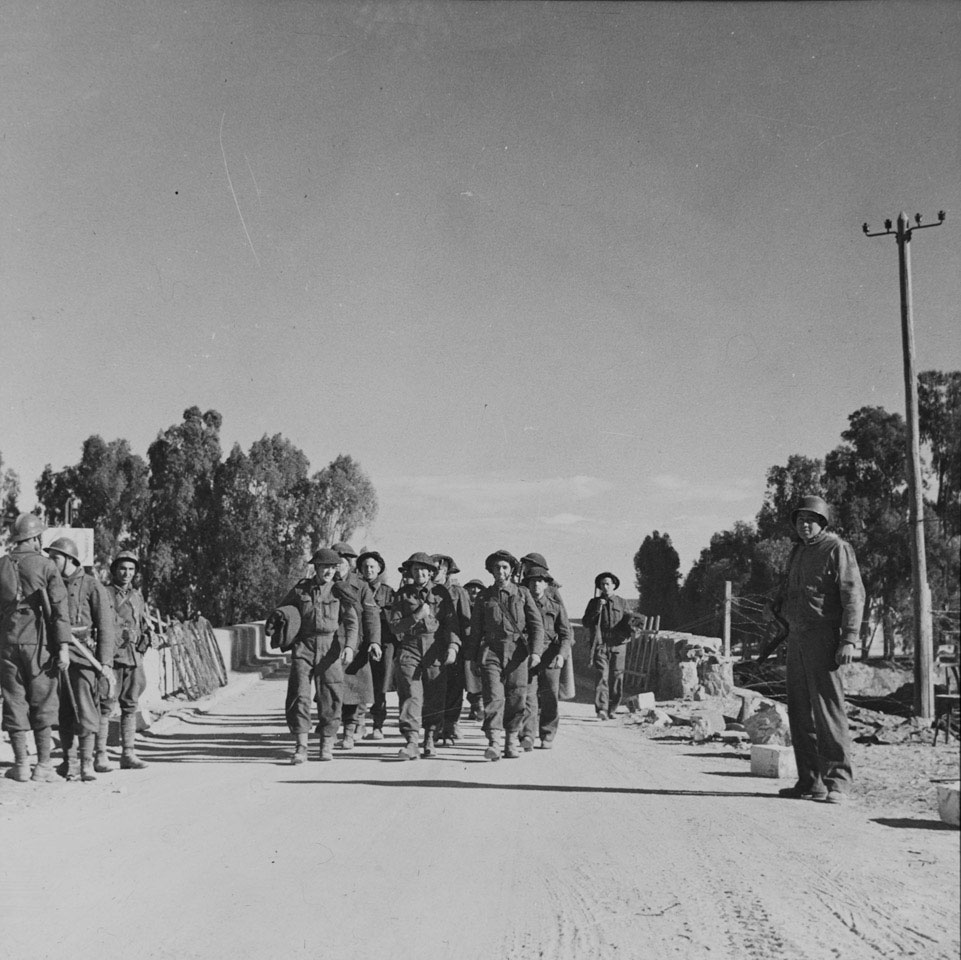 Soldiers of the Hampshire Regiment on a road near Medjez-el-Bab, Tunisia, 1943

British infantry march past Free French soldiers during the Tunisian campaign. Medjez-el-Bab was at the limit of the Allied advance from Algeria in December 1942. It remained on the front line until the final advance of the Eighth Army from the east in April 1943.