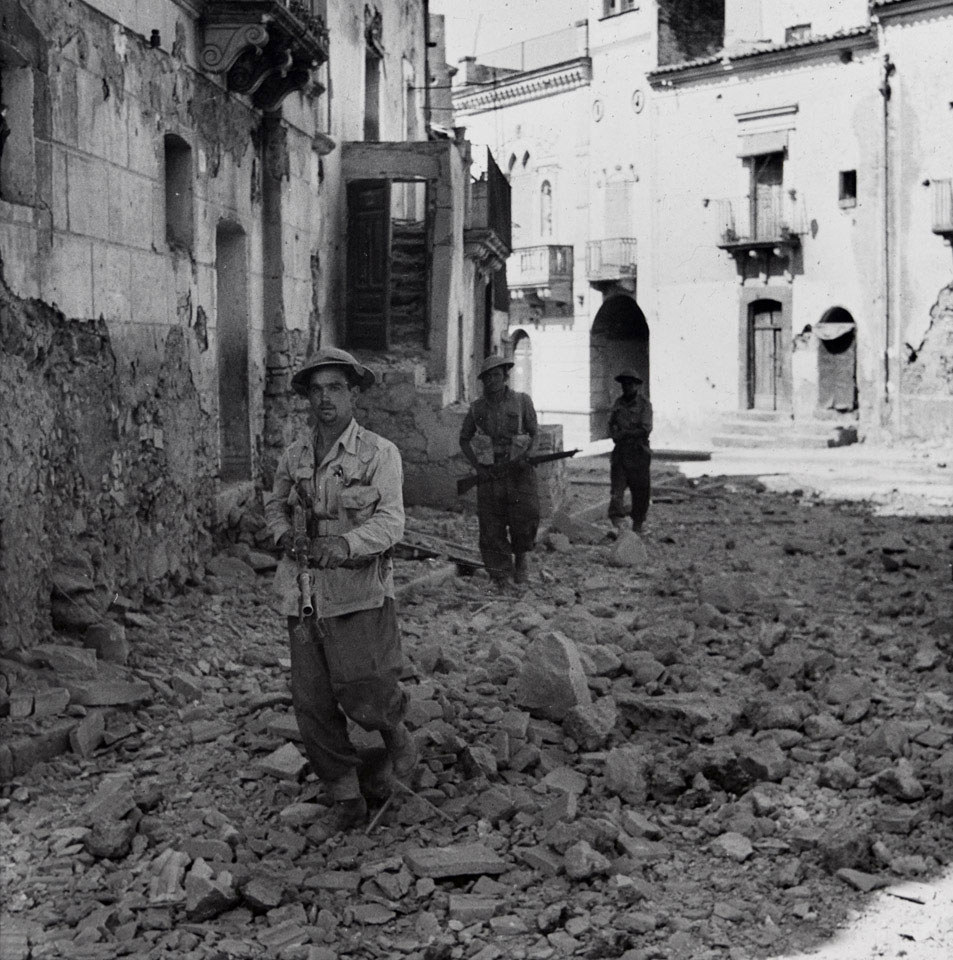 Troops from 78th Division captured Adrano on the night of 6 August 1943. The 6th Battalion was then part of 36th Infantry Brigade.