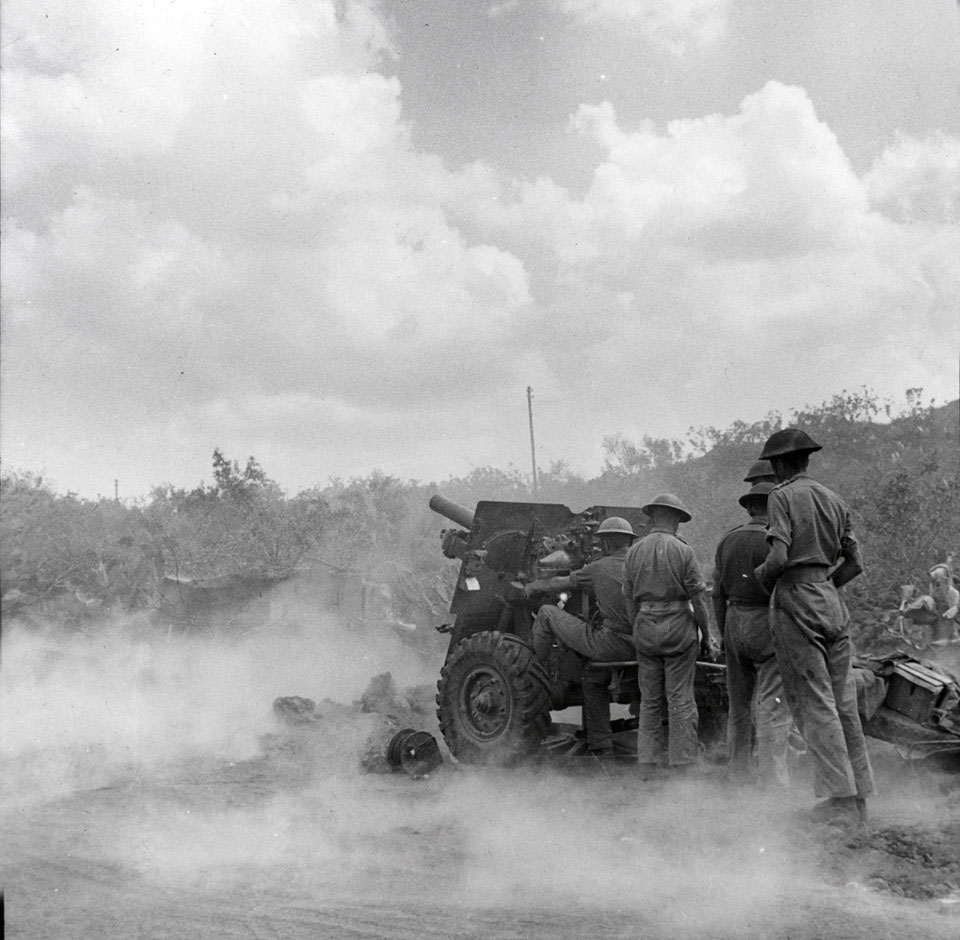 25-pounders in action on the Adrano-Bronte road, Sicily, August 1943