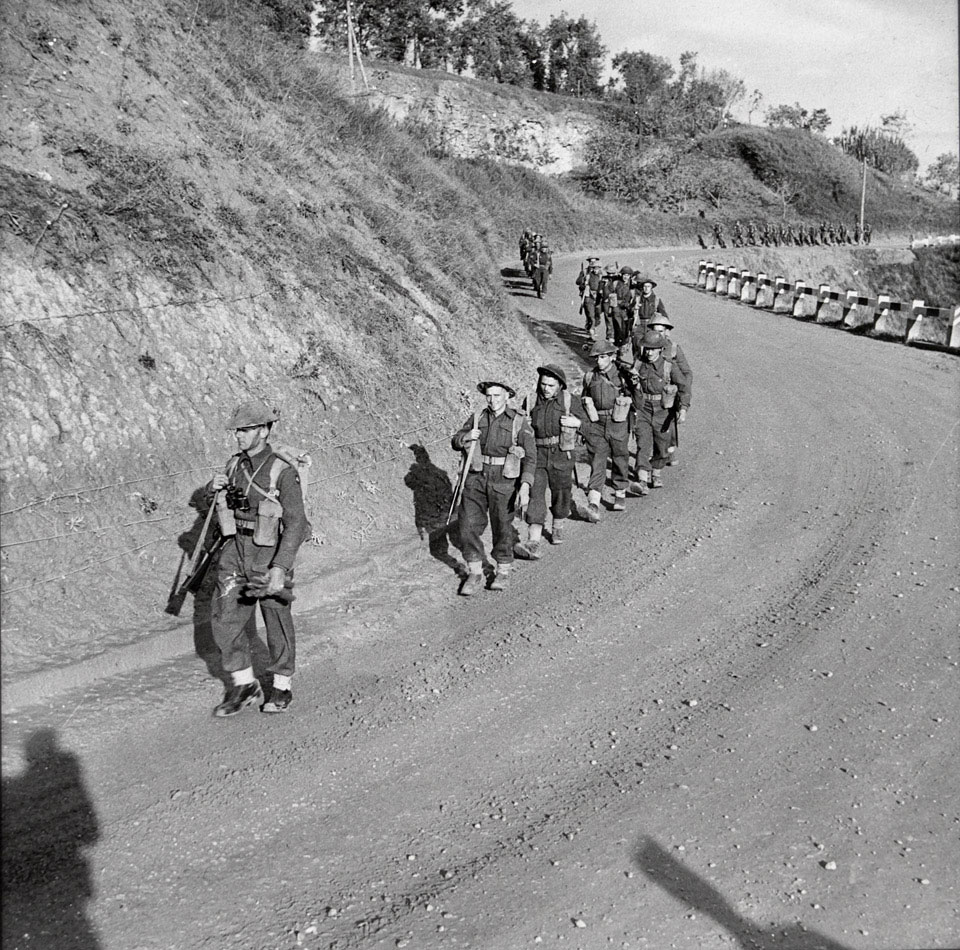 1st Battalion, The East Surrey Regiment, led by Sergeant G Burns, of Chingford, move up for the Sangro battle between Casalbordino and Torino di Sangro, November 1943

The 1st Battalion was part of the 11th Infantry Brigade and during the Autumn of 1943 was engaged in fighting on the Barbara Line and River Sangro. In February 1944 the battalion was switched to the Cassino sector.