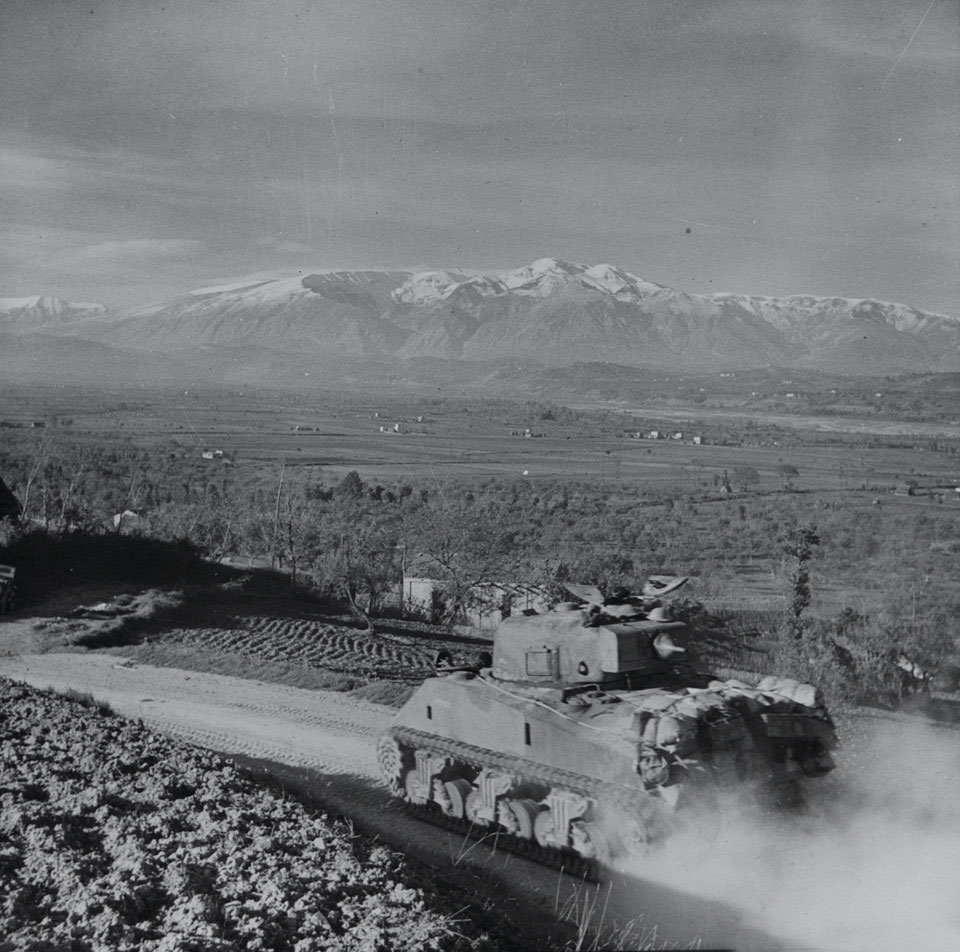 Sherman tanks moving down to the Sangro river, Italy, November 1943

British tanks advance with the Maiella mountains in Abruzzo visible in the background. One tank is towing a limber with an anti-tank gun and crew. The Allies crossed the River Sangro in late November 1943.