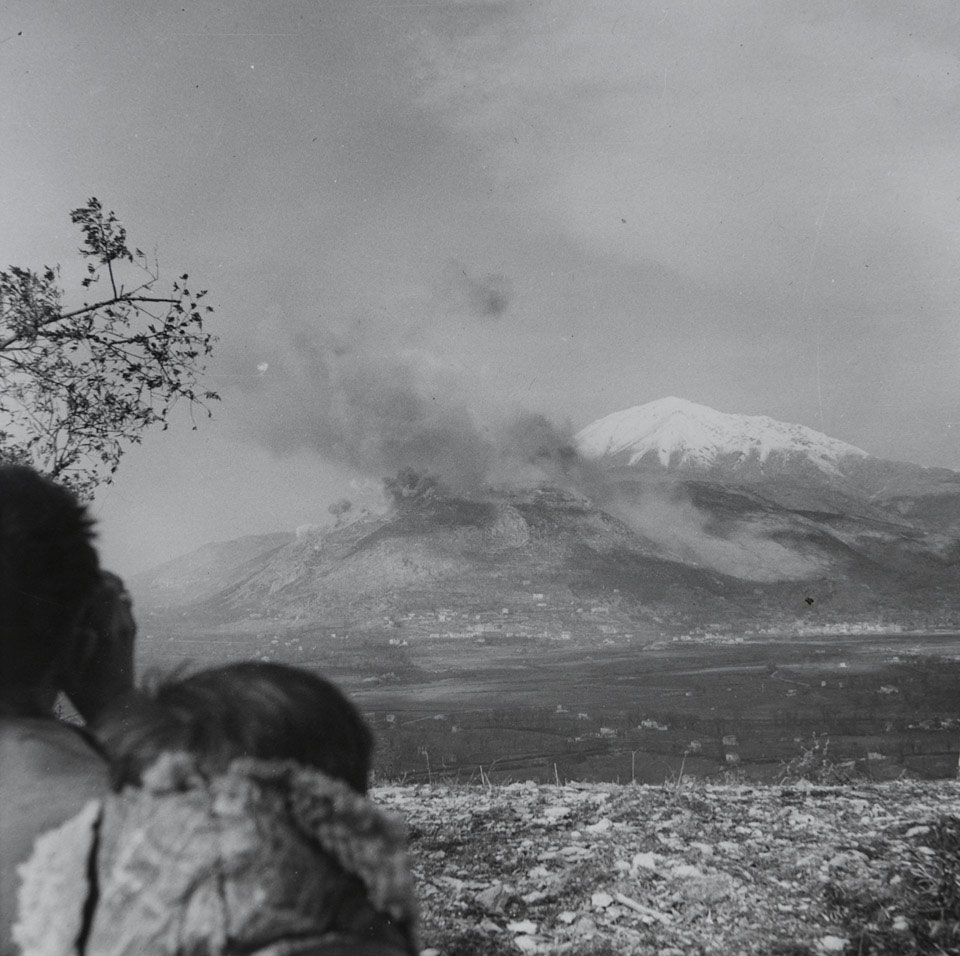 The heavy bombardment of Monte Cassino monastery as seen from a forward observation point, February 1944

The entrance to the strategically pivotal Liri Valley (which opened the way to Rome) was just over ten kilometres wide and was overlooked by the 500-metre high monastery of Monte Cassino. Supported by minefields and fortifications, Cassino was a defender's dream and an attacking army's nightmare. In order to minimise casualties, the Allies launched a massive bombardment of the German defences prior to their assault. This laid waste to the historic monastery and surrounding town. Unfortunately, most of the German defenders survived and exploited the ruins to create an even more formidable set of defences.