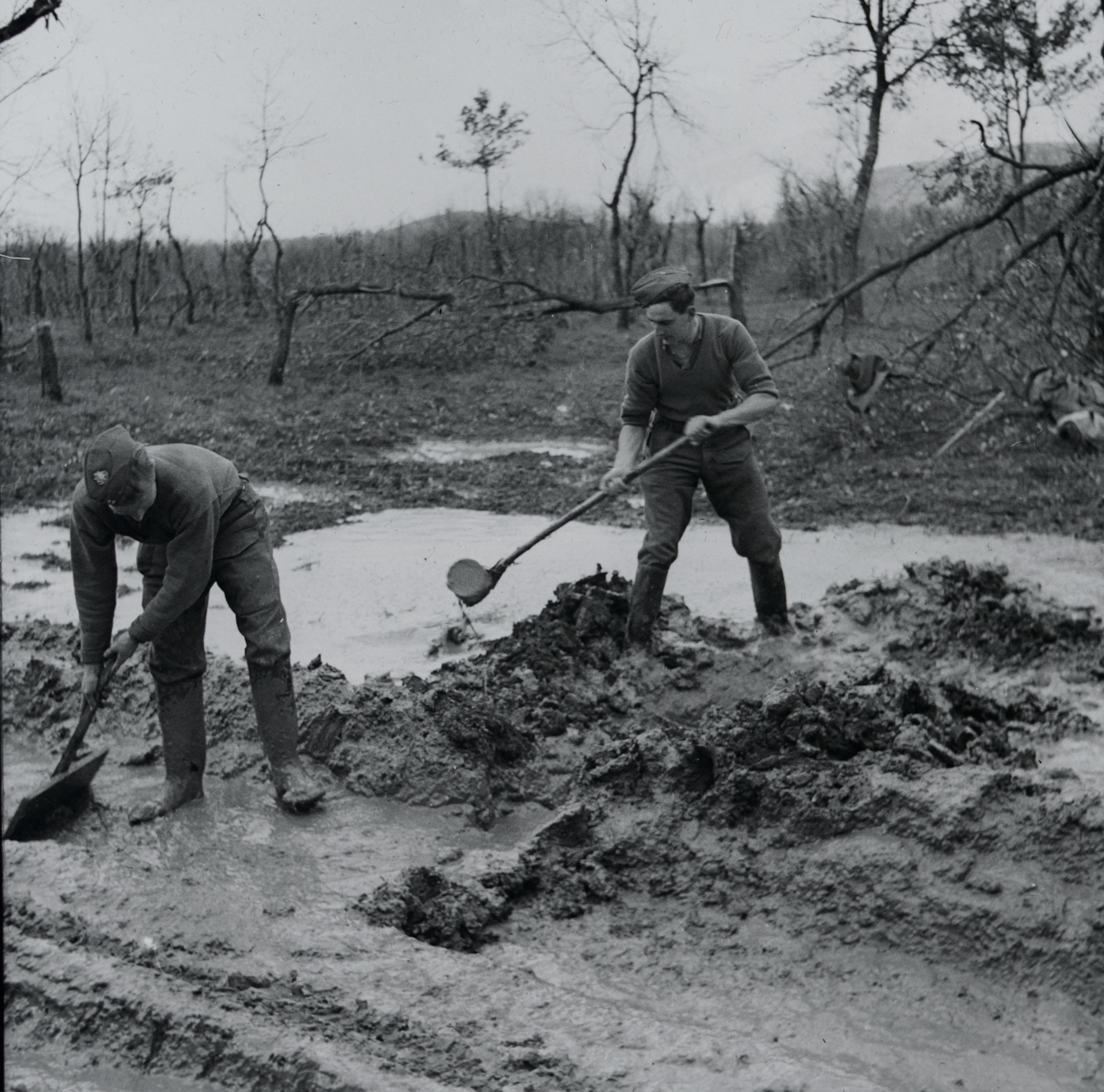 Sergeant Carter, of Bromley, and Private Clapham of Crayford, are shown clearing mud from a track leading to the forward positions of the 1st East Surrey Regiment on the Rapido River. The battalion was then serving with 78th Division.