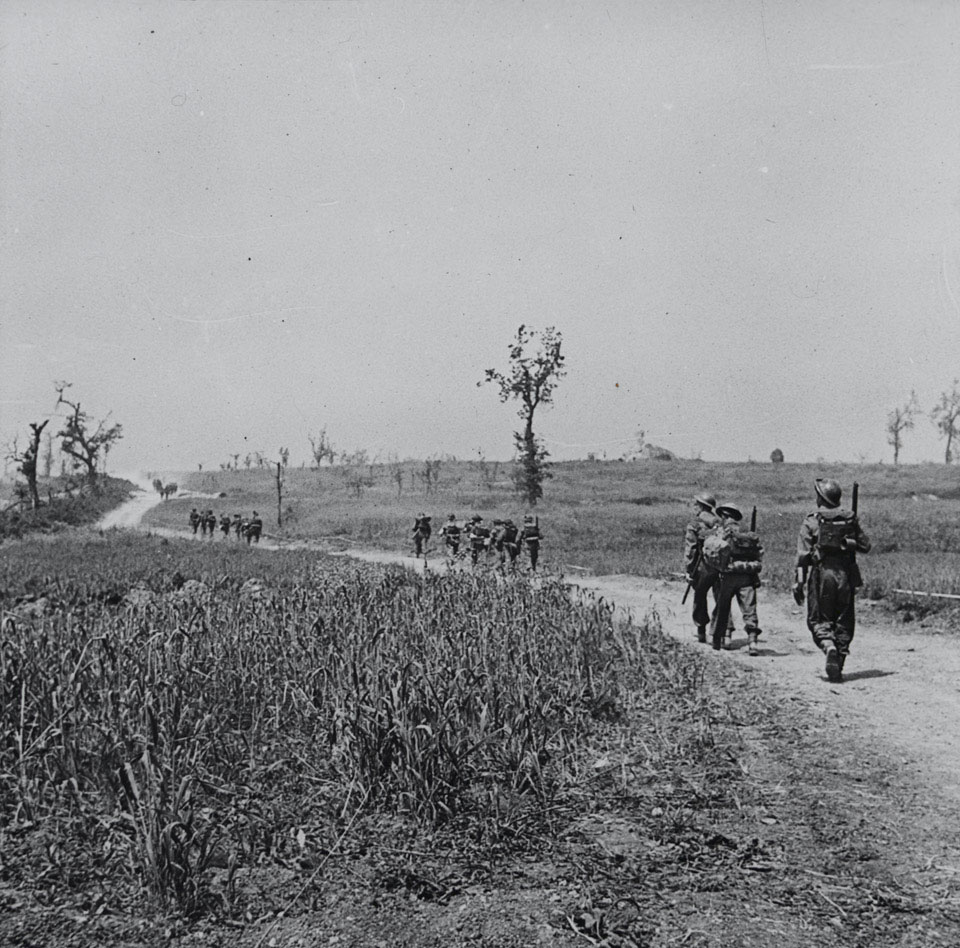 Men of 'B' Company, 2nd Battalion, The Lancashire Fusiliers crossing the Cassino plain, north of the Rapido river, May 1944

The 2nd Battalion were part of 11th Infantry Brigade of the 78th Division. Raised in 1942 for Operation Torch, the invasion of North Africa, the 78th subsequently saw action in Tunisia and Sicily before taking part in the bitter struggle in Italy. In its first year of action alone, 78th Division suffered 10,000 casualties. Among its many battle honours were Centuripe (Sicily), Termoli, Cassino, the Gustav Line and the Argenta Gap.