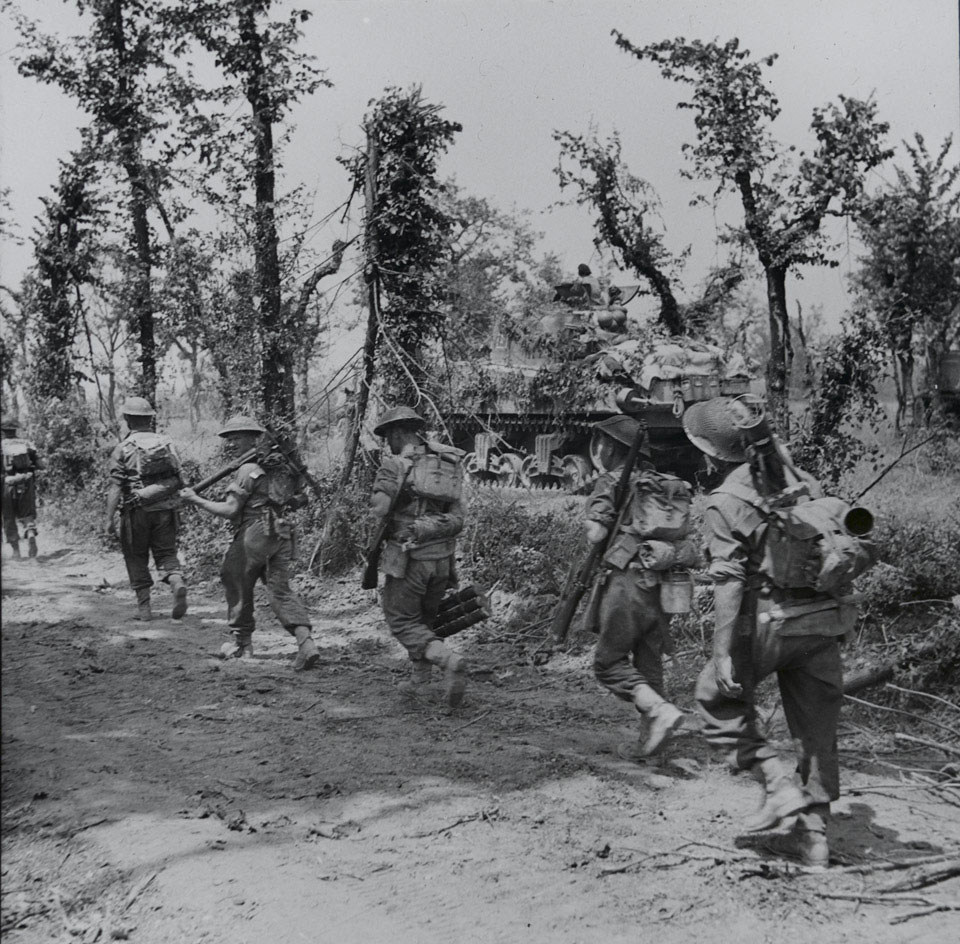 A Sherman tank of the 6th Armoured Division can be seen in the background as the fusiliers march forward. During the Italian Campaign the 6th Battalion served with the 38th (Irish) Infantry Brigade. The 6th Battalion had previously fought in the Tunisian Campaign in North Africa.