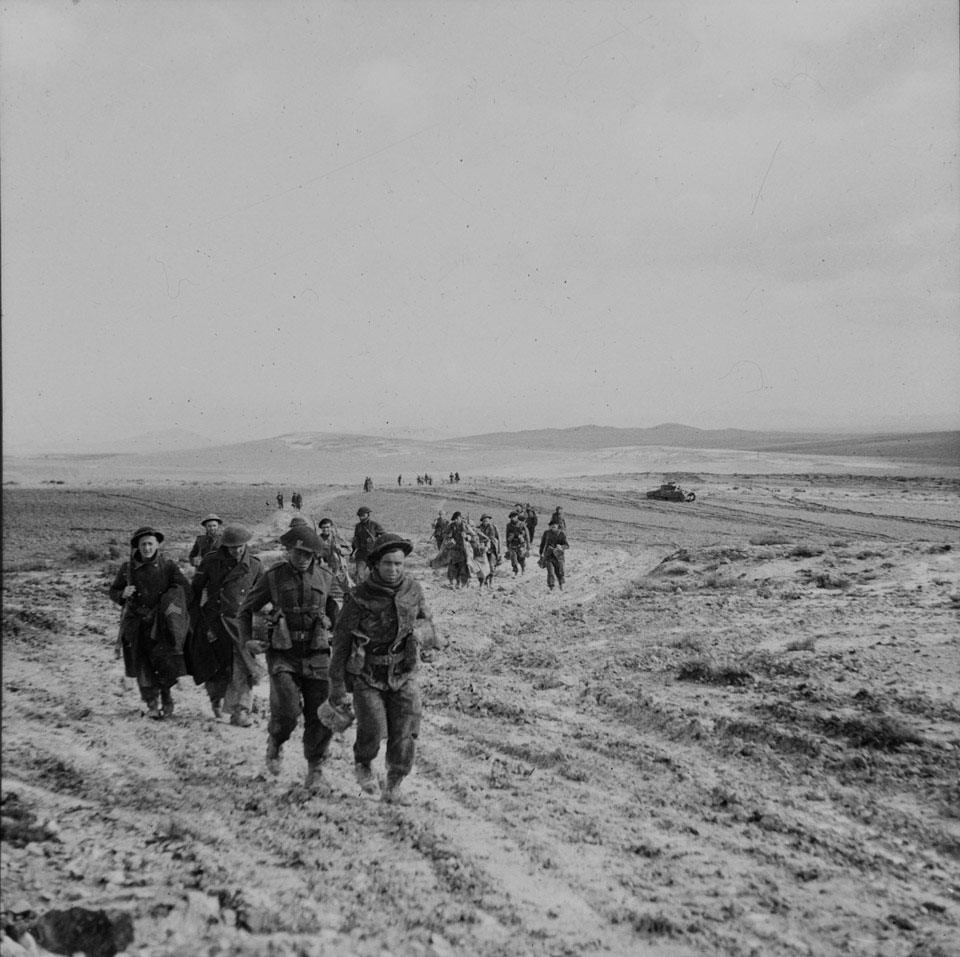 Troops from the Royal Inniskilling Fusiliers returning to the rear during the Battle for 'Two Tree' Hill, Bou Arada, January 1943

Both the 2nd and 6th Battalions of the Royal Inniskilling Fusiliers served with the 78th Division in North Africa and later Italy as part of 38th Infantry Brigade.