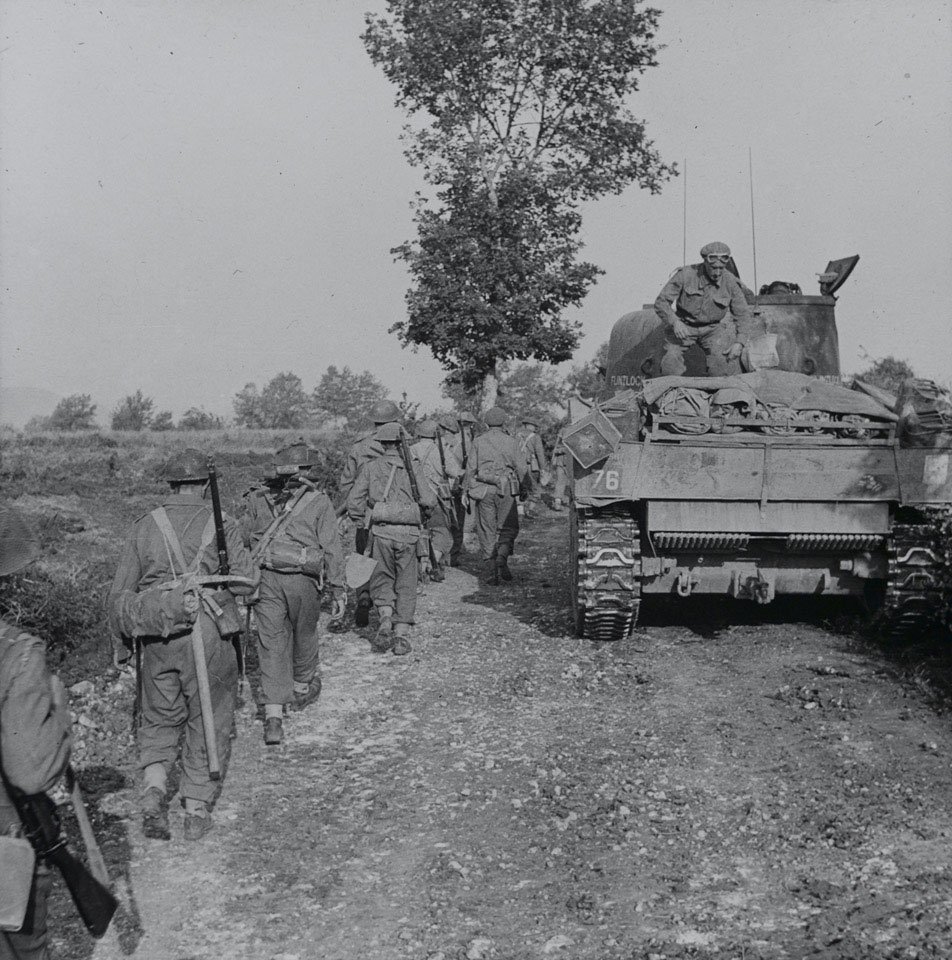 Infantry and tanks moving along a track towards the Hitler Line, Italy, May 1944

The Hitler Line was a German defensive line running from Terracina on the west coast of Italy, to Fondi, through the Aurunci mountains, to Pontecorvo, Piedimonte and Monte Cairo, where it joined the Gustav Line. It was breached on 24 May 1944 by the 1st Canadian Infantry Division and 5th Canadian Armoured Division attacking with II Polish Corps on their right. The Polish Corps captured Piedimonte the following day and the line collapsed.