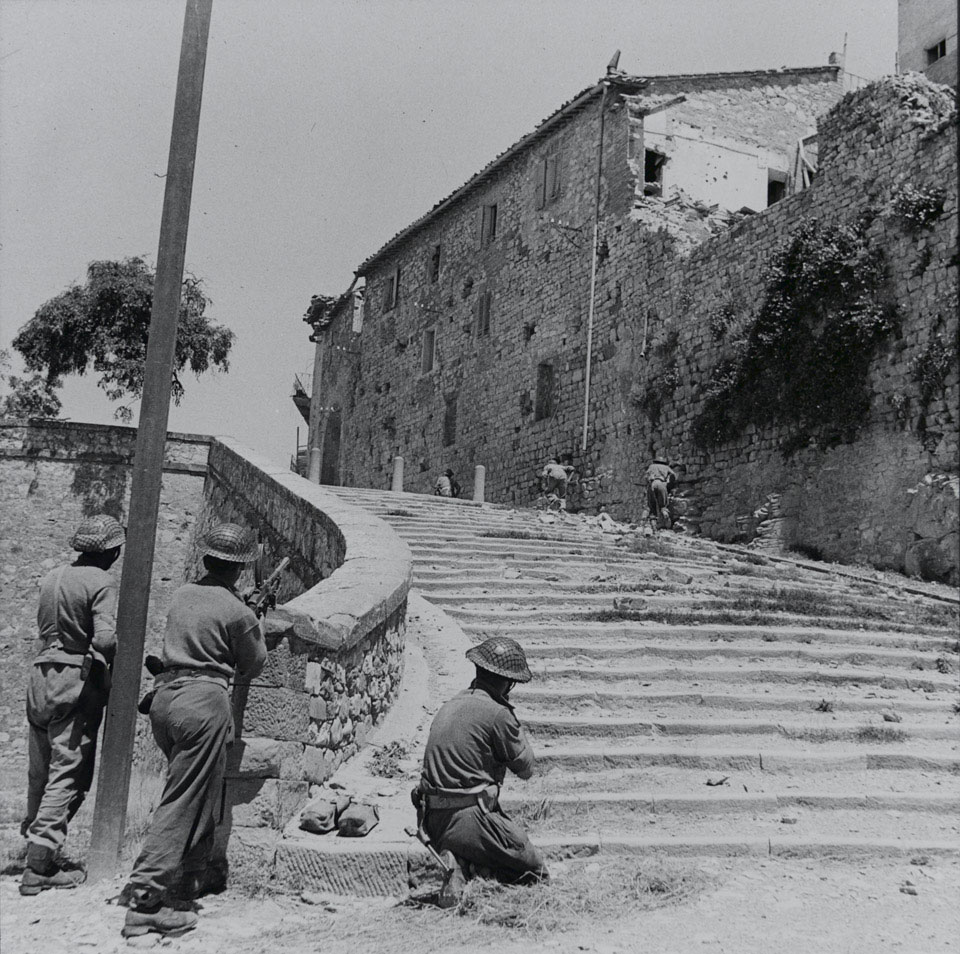 Infantry moving through the streets of Castiglione clearing any remaining German enclaves, June 1944