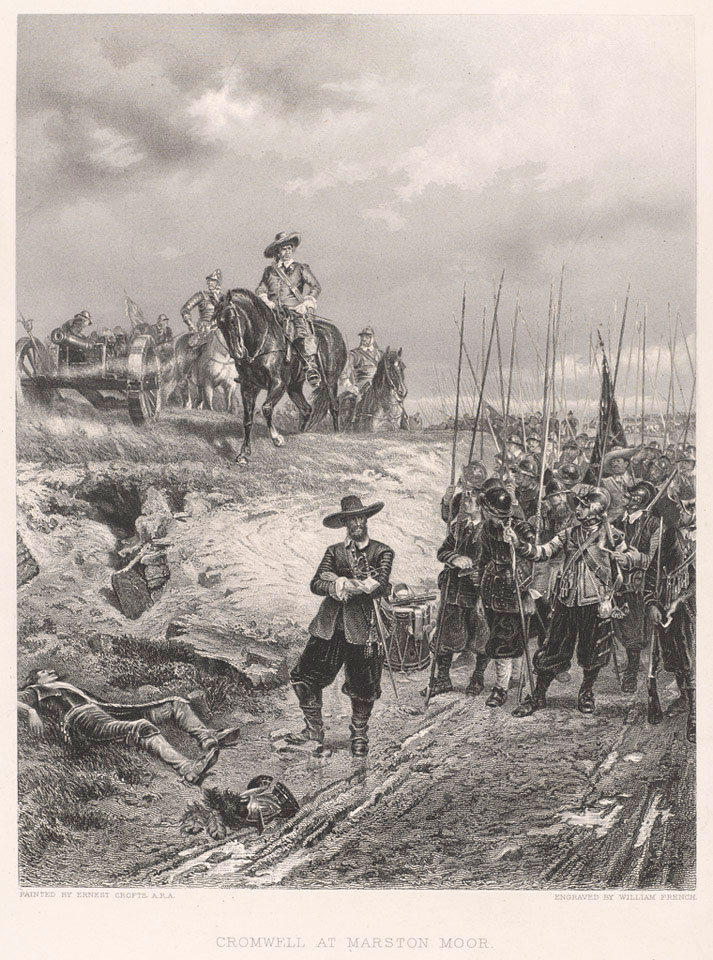 Cromwell was over 40 years old when he began his military career. At the outbreak of the Civil War in 1642 he served as captain of a troop of horse which he raised for Parliament. He was a natural cavalry commander and soon rose through the ranks.

In February 1644 he was appointed cavalry commander of the Army of the Eastern Association. In July that year, this formed part of the Parliamentarian forces at the Battle of Marston Moor, in which Cromwell commanded the cavalry of the left wing. Here the discipline of his troopers enabled them to deliver a decisive charge at the end of the battle.