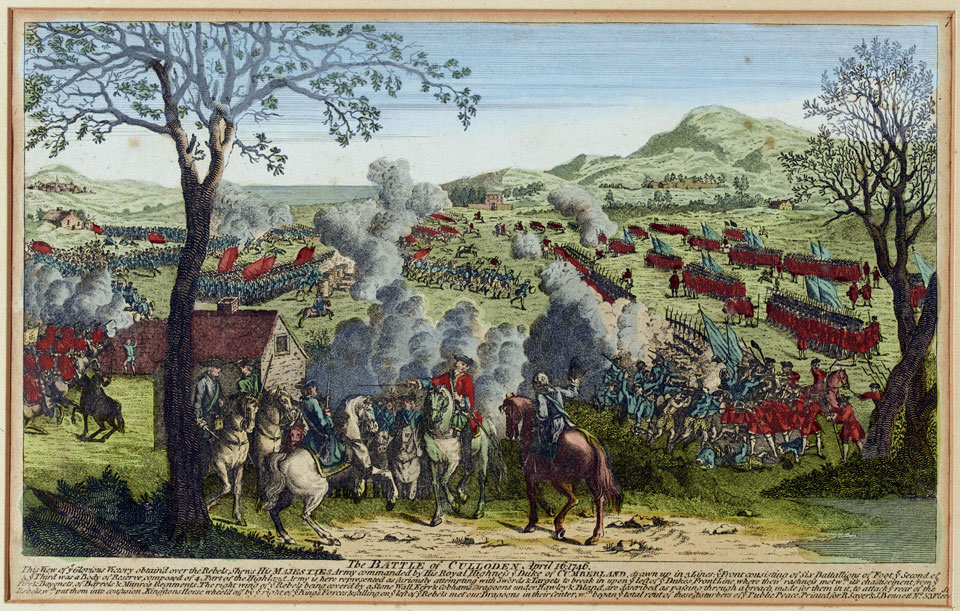 Culloden, near Drummossie, was the last land battle to be fought on mainland Britain. The Duke of Cumberland's victory over Charles Edward Stuart, 'Bonnie Prince Charlie', grandson of the exiled King James II, and his highland army, ended the Second Jacobite Rebellion of 1745-1746.