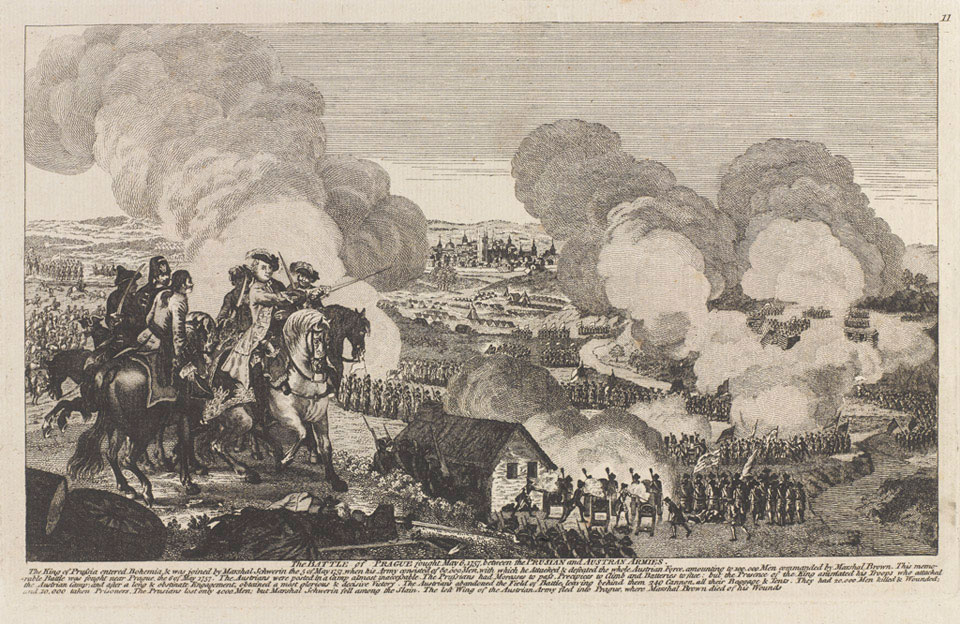 This battle was one of the largest fought during the Seven Years War (1756-1763) and saw Frederick the Great's Prussians defeat the Austrians and drive their army back into Prague. However, the high casualties his own force sustained forced Frederick to lay siege to Prague rather than launching a direct assault on its walls. His siege was eventually abandoned the following month when an Austrian relief army arrived and defeated him at nearby Kolln.