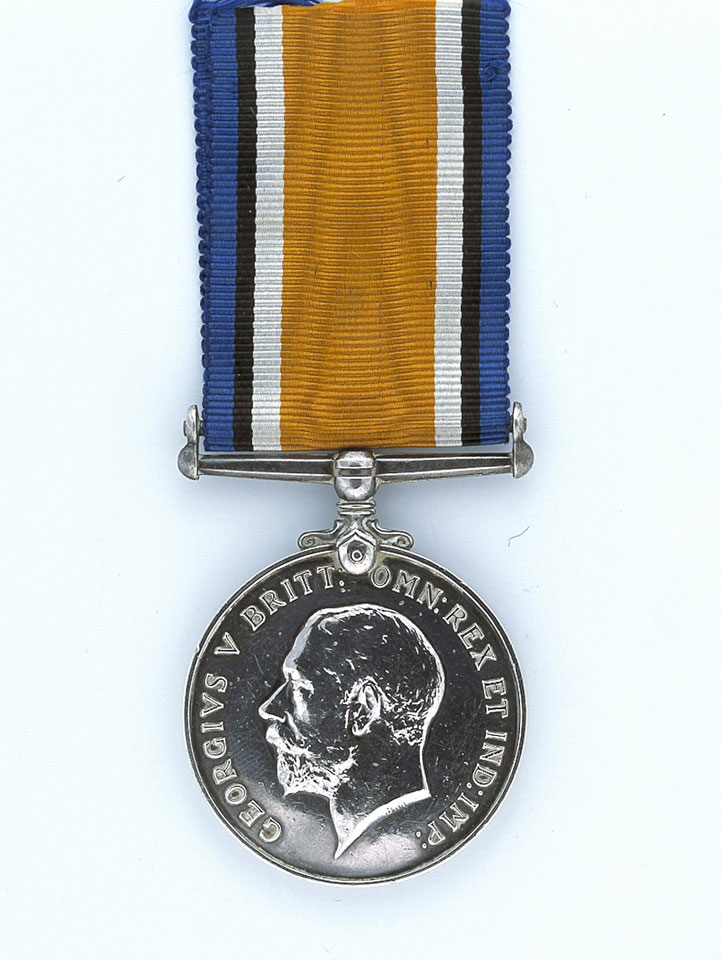 Silver campaign medal with a portrait of King George V facing left on the obverse and an equestrian figure of St George, trampling a shield bearing the Prussian eagle, on the reverse. Additional designs on the reverse include the years, '1914' and '1918', a skull and crossed bones representing death and a rising sun, representing victory.

The British War Medal was awarded to all members of the British and Imperial military forces who completed 28 days mobilised service during 1914-1918. Although World War One ended in 1918, the qualification period for this medal was extended to cover post-war ordnance clearance and service in Russia during 1919-1920.