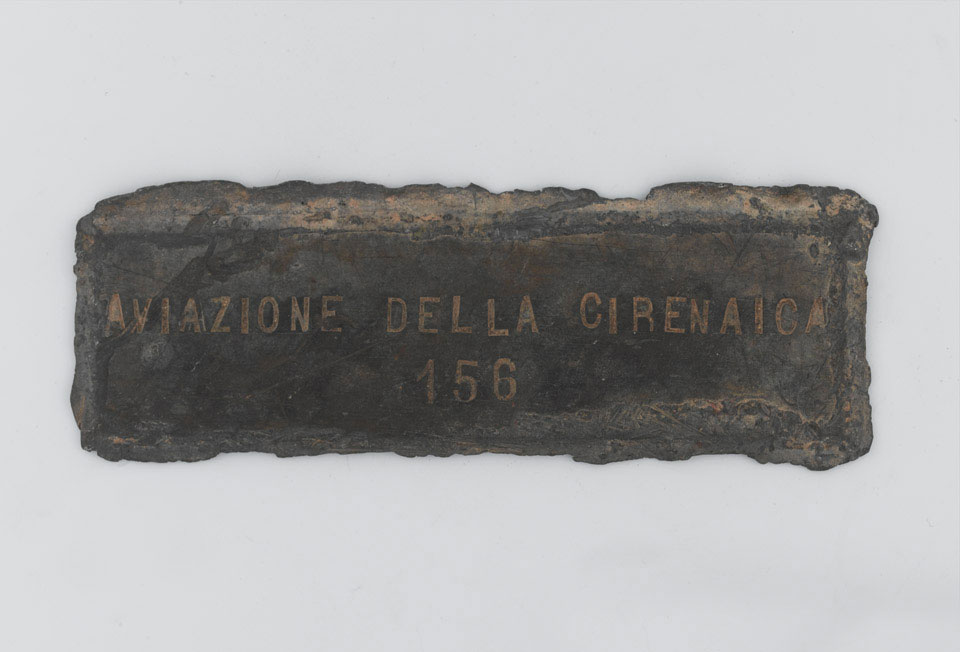 The aircraft was destroyed by the Long Range Desert Group (LRDG) at Jebel Uweinat. LRDG units specialised in raids and reconnaissance behind enemy lines, intelligence gathering and desert navigation. The plaque was removed from the wreck by a member of the Royal Air Force (RAF) Desert Rescue Team based at RAF El Adem in 1969 during the team's last major exercise.