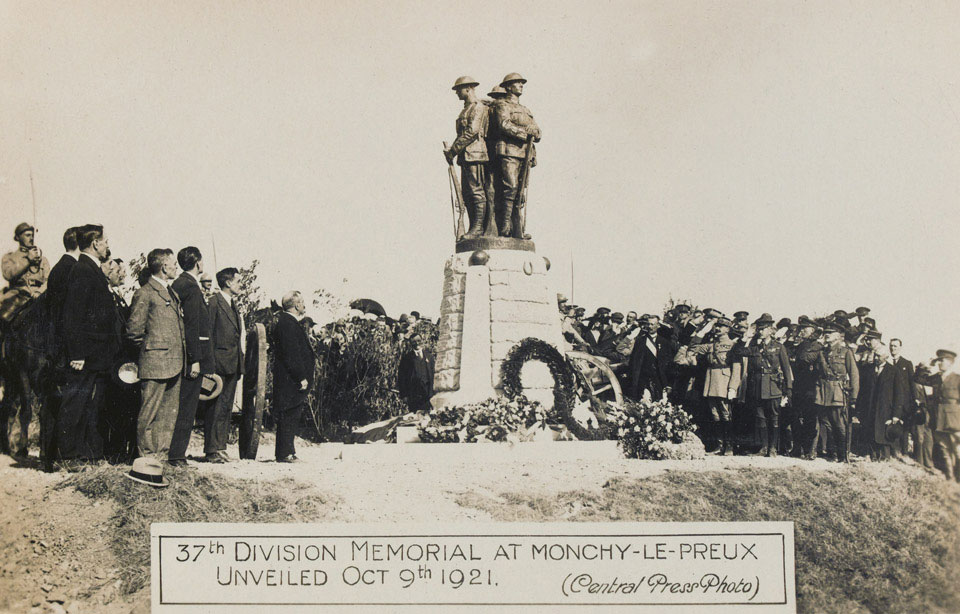 The unveiling of the 37th Division Memorial at Monchy-le-Preux, 1921

The memorial, complete with its life-size bronze soldiers, was unveiled on 9 October 1921 on the main road to Cambrai. The division had captured Monchy-le-Preux during the First Battle of the Scarpe as part of the Arras Offensive in 1917.