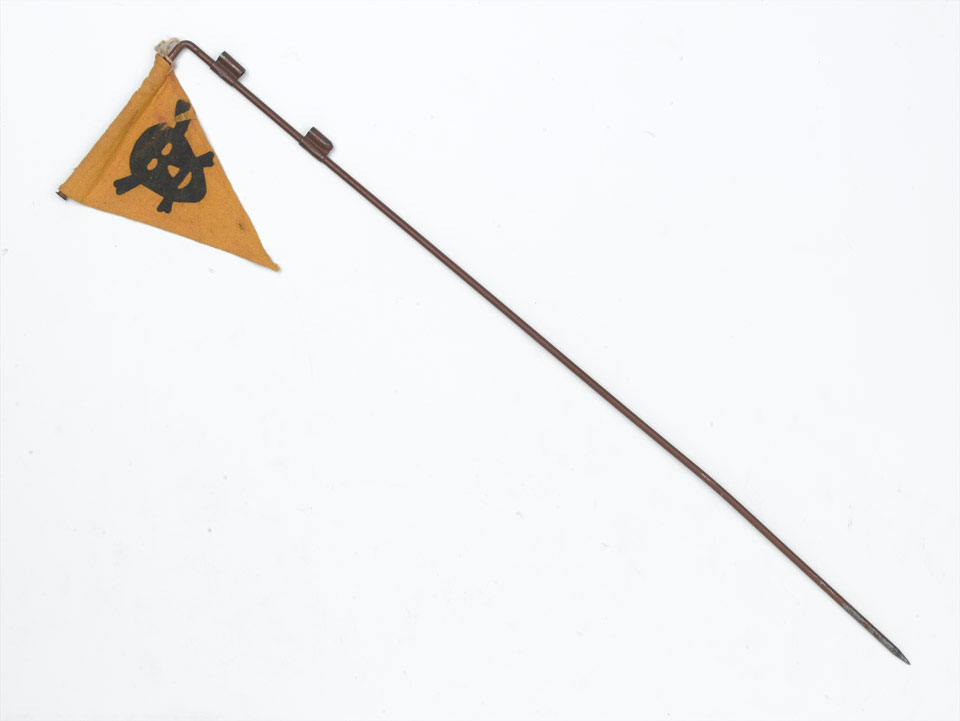 Markers such as this are used to identify the location of mines once they have been detected. All sides in the Bosnian War (1991-1995) used mines and over two million were laid. Today, Bosnia and Herzegovina has one of the worst land mine problems in the world. Since the end of the war over 1,700 people have been killed or injured by mines.