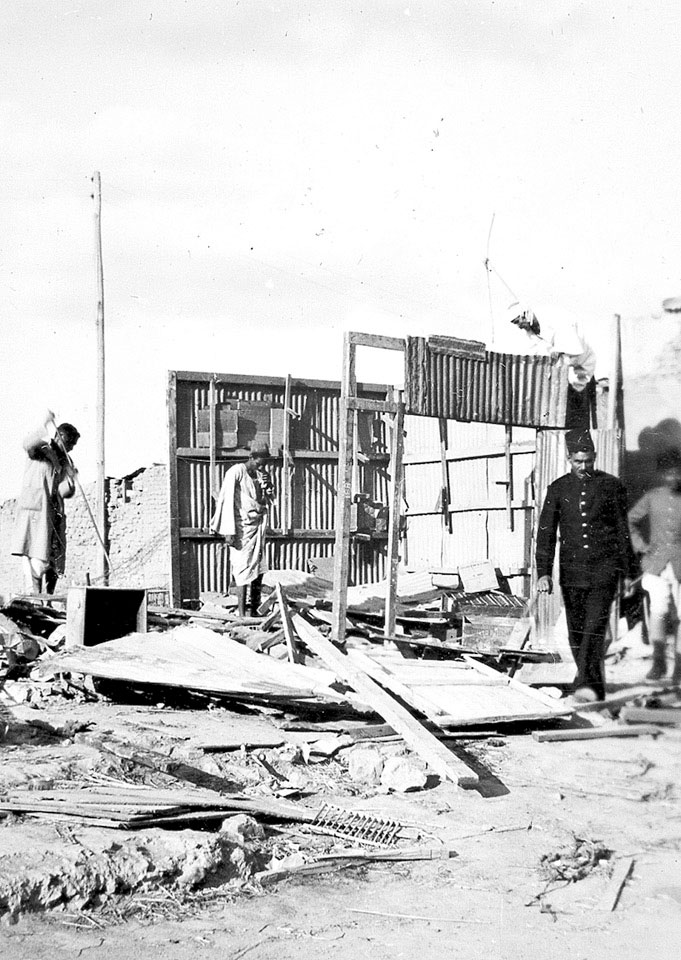 A building damaged during civil unrest in the Canal Zone, October 1951

Between 1945 and 1956, British soldiers garrisoned bases on the Suez Canal in Egypt. Egyptian nationalists resented the British military presence in their country. Anti-British riots frequently broke out in the Canal Zone and Egyptian paramilitaries launched attacks on military personnel stationed there.

From collection of 27 photographs collected by Pte David Hunt, 3rd Bn Parachute Regiment, whilst serving in Egypt during the civil unrest, 1951-1952.