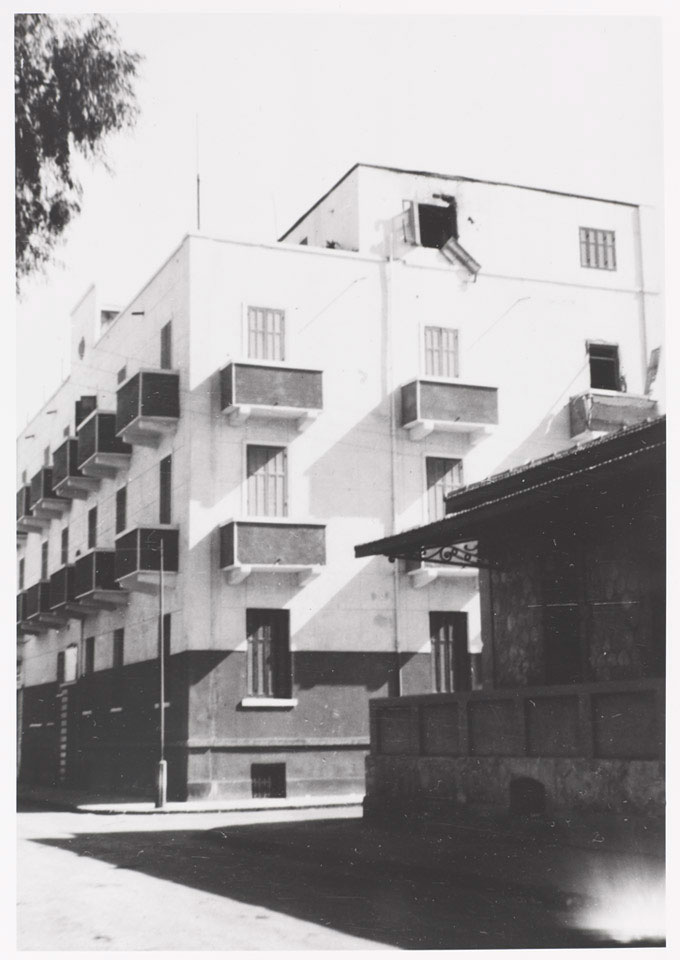 Egyptian nationalists resented the British presence in the Canal Zone and regularly attacked the soldiers stationed there. An operation to disarm the police in Ismailia in January 1952 resulted in the deaths of 40 Egyptian paramilitaries, and the death and wounding of several British soldiers. The damaged window of the Bureau Sanitaire, from which the Egyptian paramilitaries opened fire, shows the effect of British returned fire from 1st Battalion The Lancashire Fusiliers.

From collection of 27 photographs collected by Pte David Hunt, 3rd Bn Parachute Regiment, whilst serving in Egypt during the civil unrest, 1951-1952.