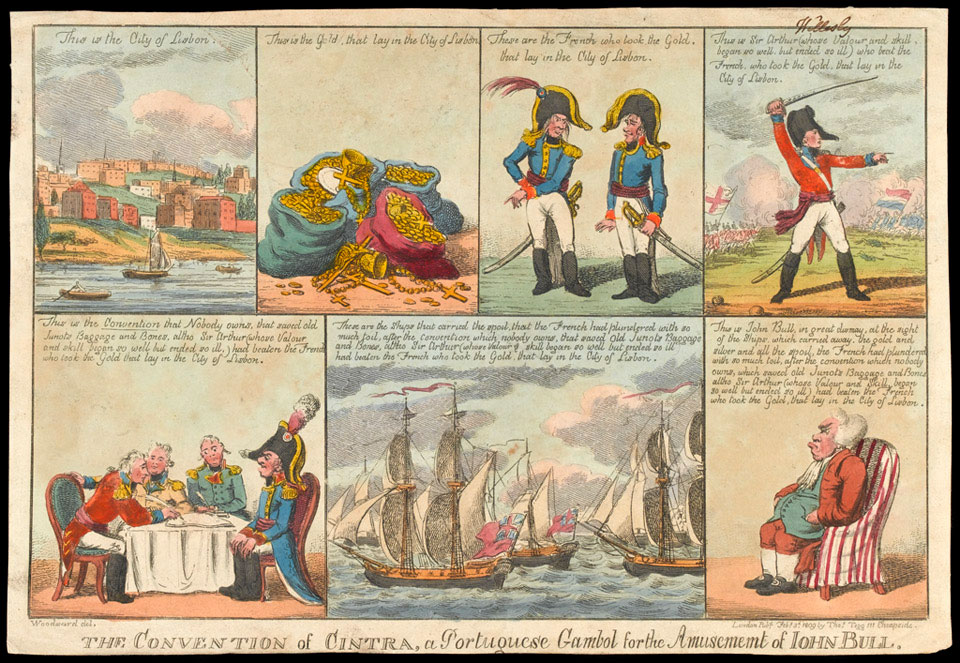 'The Convention of Cintra, a Portuguese Gambol for the Amusement of John Bull, 1809'

Coloured engraving by and after George Moutard Woodward; published by Thomas Tegg, 3 February 1809.

On 21 August 1808, an army led by Lieutenant-General Sir Arthur Wellesley defeated the French at Vimeiro near Lisbon. However, he was immediately superseded in command by Generals Sir Harry Burrard and Sir Hew Dalrymple, so was unable to press home his advantage.

They signed the Convention of Cintra, which achieved the overall British aim of clearing the French out of Portugal. But the terms of this agreement caused a scandal back in Britain owing to the fact that the evacuation was carried out in British ships with the French allowed to take all their plunder with them.

The British commanders were ordered home to face an inquiry and Lieutenant-General Sir John Moore took over command of the army in Iberia.