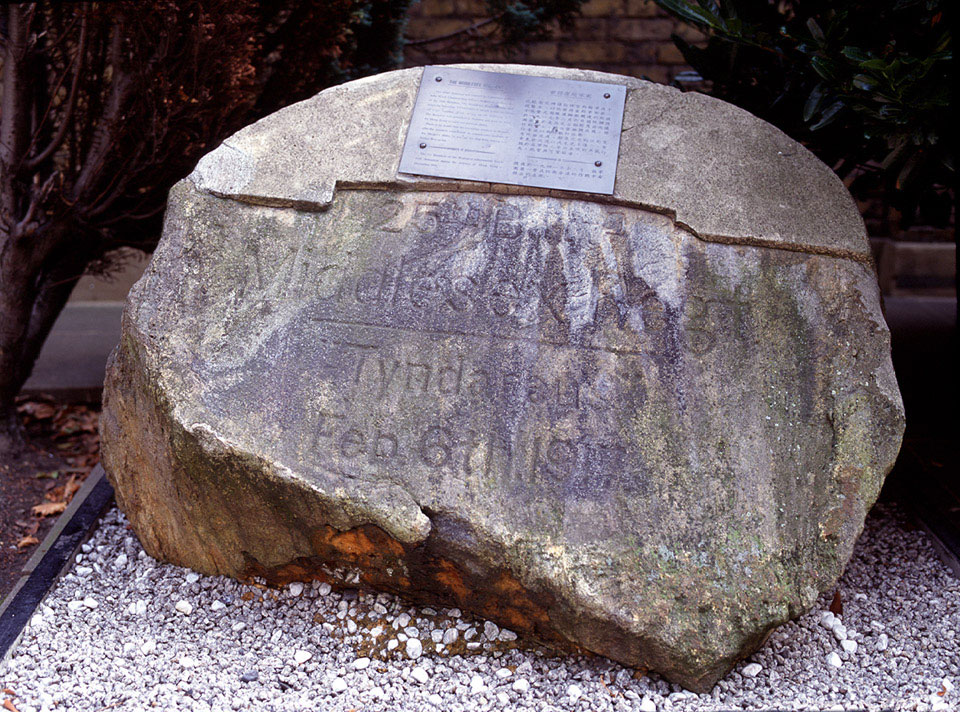 The memorial, which originally stood on The Peak on Hong Kong Island, was brought to Britain in 1994, and stood from 1999 to 2003, at the entrance to the National Army Museum, Chelsea. The bronze plaque, in English and Chinese, was a later addition, and erroneously describes the memorial as having been erected in memory of the men of the 25th Battalion who died in the incident. In fact, all aboard were saved, and HMT 'Tyndareus' later managed to make its way to Simonstown. The ship saw service during World War Two and was broken up in 1960.