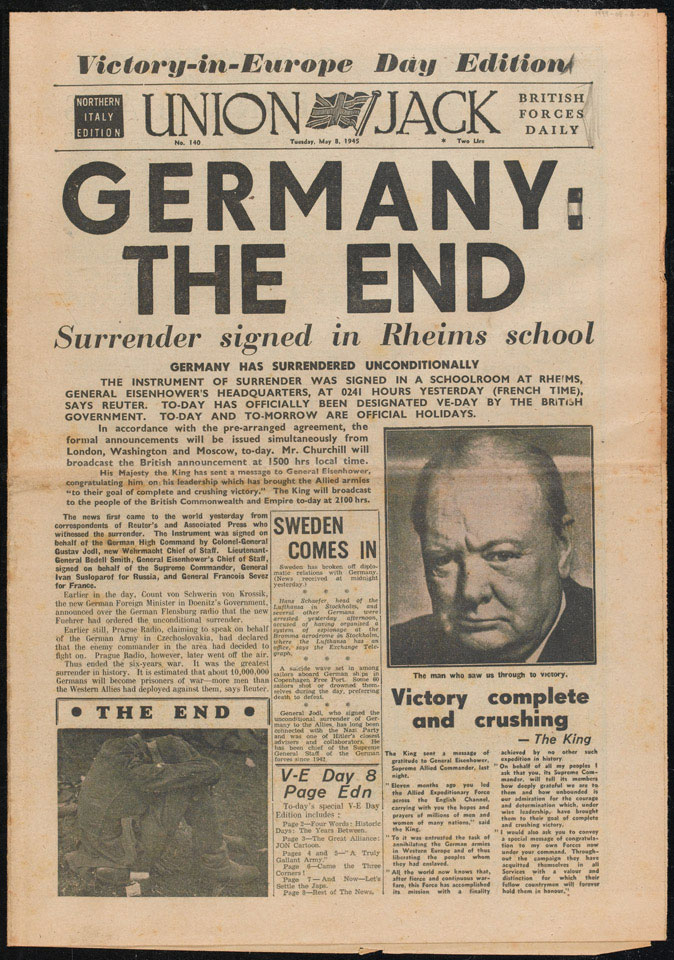 This Victory in Europe Day edition of the newspaper marked the formal end of the war and celebrated Nazi Germany's unconditional surrender the day before.

In Britain, VE Day was declared a public holiday. In towns and cities across the nation people marked the victory with street parties, dancing and singing. Similar scenes occurred all over the British Empire and Commonwealth and in military camps and bases across the world wherever British troops were stationed.