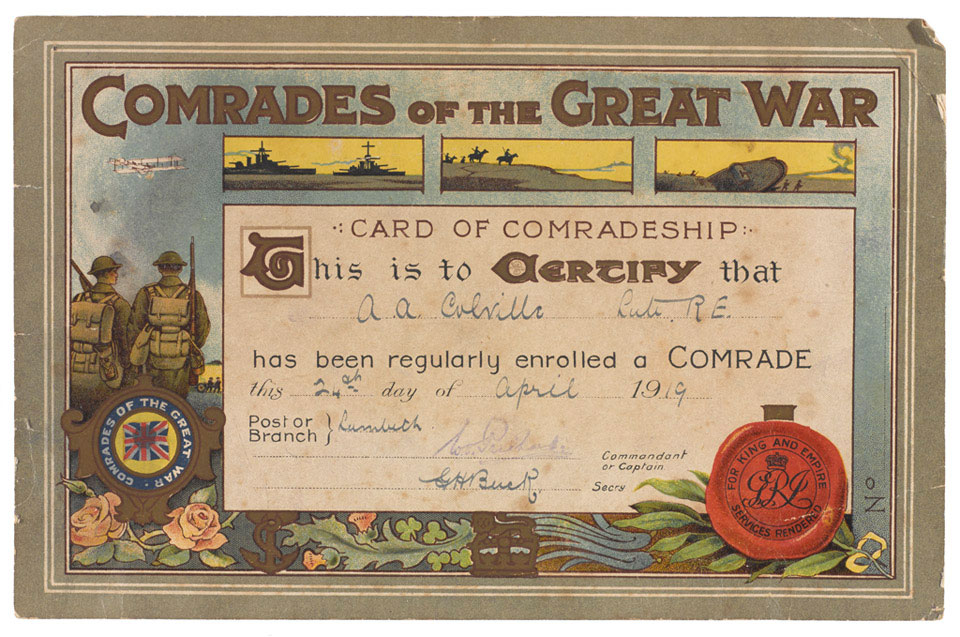 The card belonged to Corporal Albert Arthur Colville of the Royal Engineers. Comrades of the Great War was formed in 1917 by the Earl of Derby, the Secretary of State for War. In 1921 it became part of the newly formed British Legion.

Organisations like this offered many discharged veterans a sense of belonging and a renewal of the comradeship of the trenches.