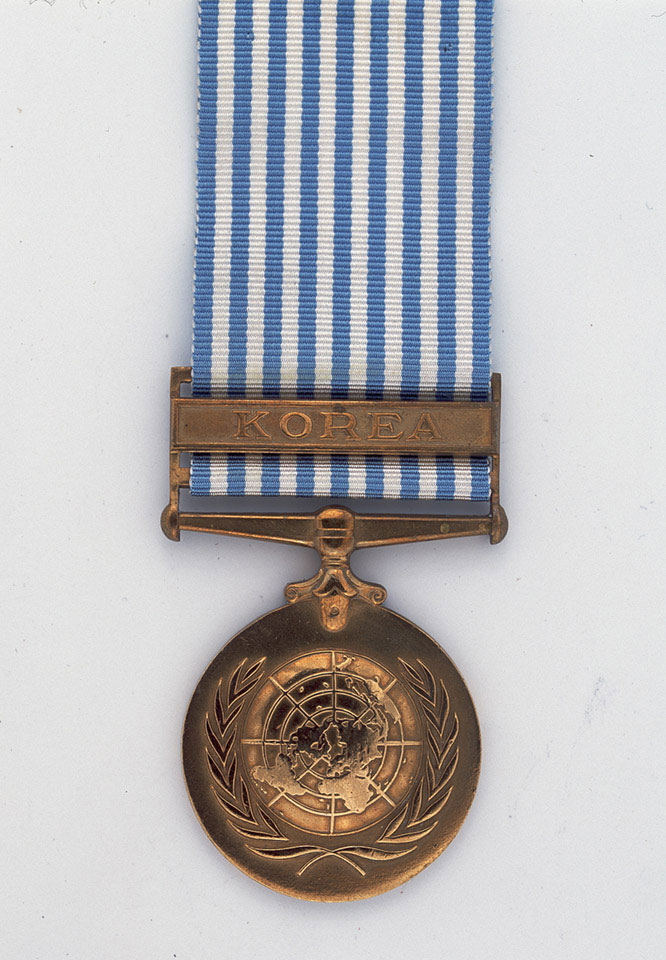 In addition to the Korea Medal 1950-53, those who served in the Korean War were eligible to receive the United Nations Korea Medal. This decoration was the first international award ever created and recognised the multi-national nature of the forces that participated in the campaign. In bronze with a Korea bar and pale blue and white striped ribbon, this medal covered the period up to 27 July 1954, so could also be awarded alone to personnel who served in Korea after the Armistice in July 1953.

Fearfield had previously served with Force 136 of the Special Operations Executive in South East Asia 1942-1945.