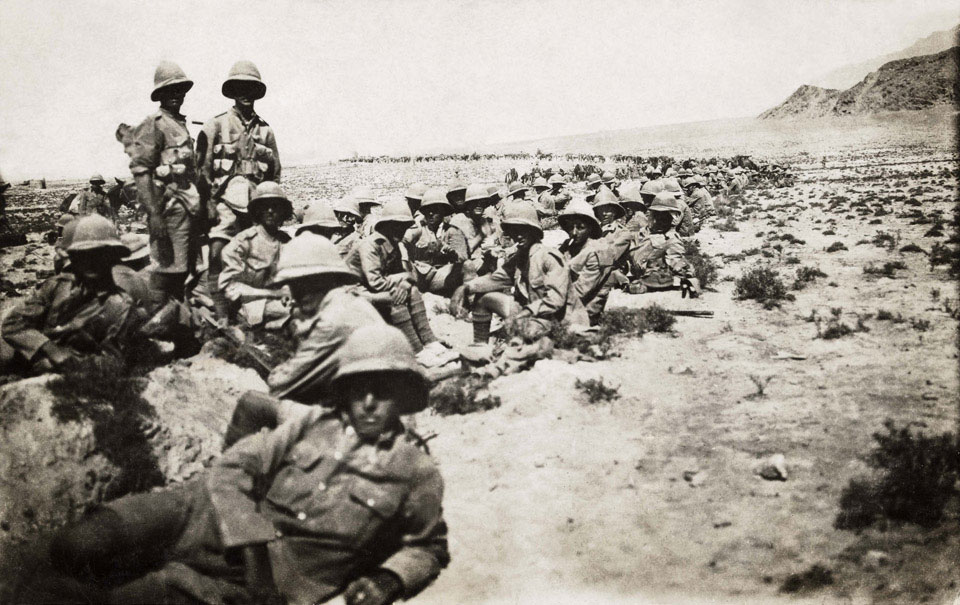 British troops rest during a march through the barren and dusty terrain of the frontier. Of the 13 British infantry battalions that served during the 3rd Afghan War (1919) and the Waziristan uprising (1919-1920), nine were Regular and the rest Territorial. Many of the Regular soldiers had signed up as hostilities only troops for the duration of World War One. Like their Territorial counterparts, many were eager to go home at the end of the war.

For their part, the TA troops had been sent out to India to release regular units for the Middle East and Western Front. After years of mundane garrison duties, their morale was low and they wanted to be demobilised as soon as possible. Many of the British units were not really prepared for a hard fought campaign on the frontier.