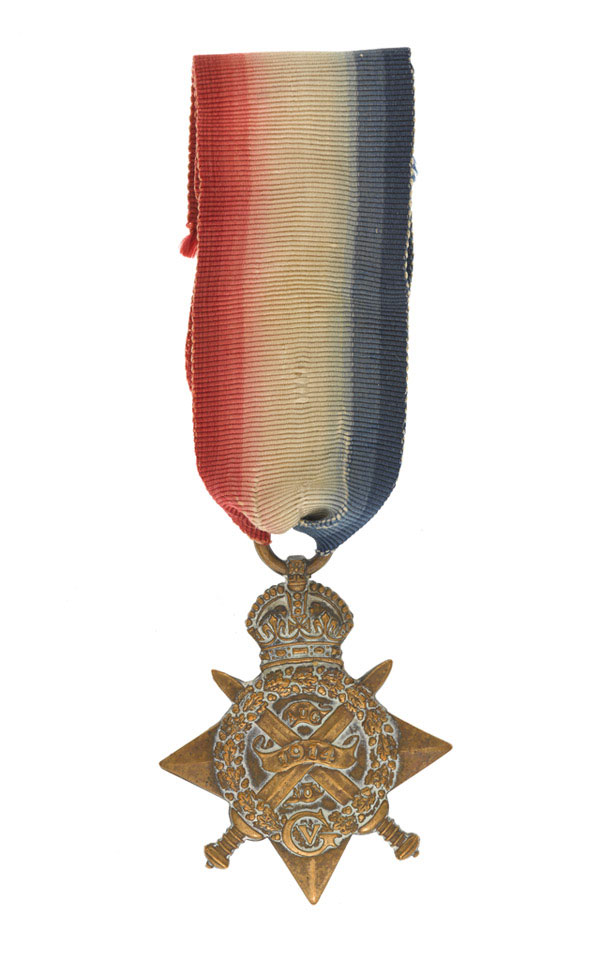 Bronze four-pointed star surmounted by a crown, with two crossed swords beneath a scroll bearing the date range, 'Aug 1914 Nov', within a wreath of oak leaves bearing the royal cypher for King George V, 'G V'. The reverse is unadorned save for the recipient's rank, name and unit. The medal ribbon has red white and blue watered and shadowed stripes.

Lander enlisted in Kensington in August 1914. He was killed in action at the Battle of Aubers Ridge on 9 May 1915, one of 13 officers and 423 other ranks killed or wounded during that engagement.

The 1914 Star (also known as the Mons Star) was awarded to military personnel, including civilian medical practitioners, nursing sisters, nurses and others employed with military hospitals who served in France or Belgium between 5 August 1914 and midnight on 22-23 November 1914.