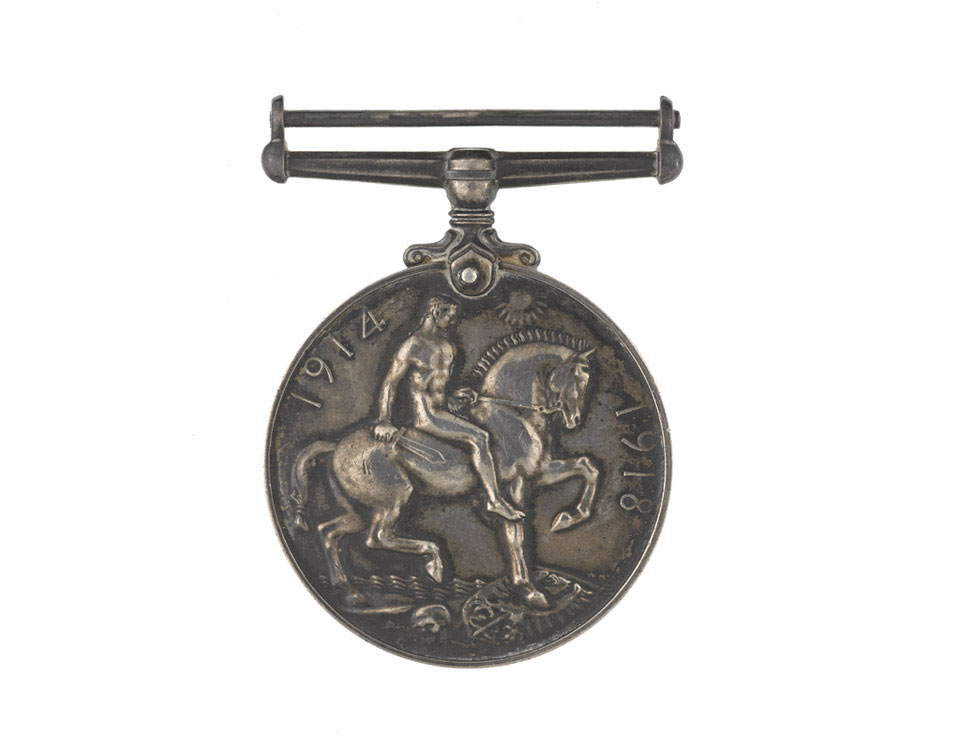 Silver campaign medal with a portrait of King George V facing left with the inscription, 'Georgivs V Britt: Omn: Rex Et Ind Imp:', on the obverse and an equestrian figure of St George, trampling a shield bearing the Prussian eagle, on the reverse. Additional designs on the reverse include the years, '1914' and '1918', a skull and crossed bones representing death and a rising sun, representing victory.

Lander enlisted in Kensington in August 1914. He was killed in action at the Battle of Aubers Ridge on 9 May 1915, one of 13 officers and 423 other ranks killed or wounded during that engagement.

The British War Medal was awarded to all members of the British and Imperial military forces who completed 28 days mobilised service during 1914-1918. Although World War One ended in 1918, the qualification period for this medal was extended to cover post-war ordnance clearance and service in Russia during 1919-1920. Over six million of these medals were issued to British and Empire soldiers.